Sabrina Carpenter Returns to Manila on April for Singular Tour

The American singer-songwriter is behind the chart-topping singles “Thumbs,” “Why,” and the No. 1 breakout song on the Billboard Dance Club chart “Alien.” She sold-out her first fall headline tour in 2016 from her sophomore album EVOLution. 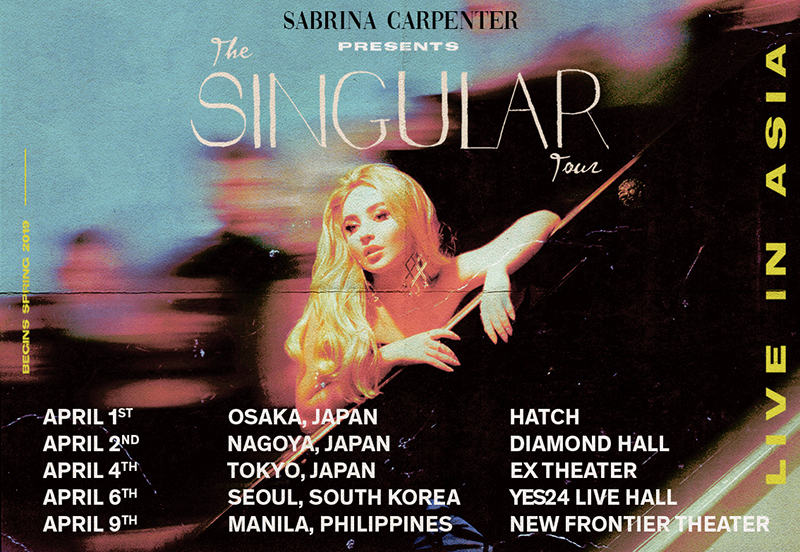 The singer has been in the Philippines once before for a mall tour titled Sabrina Carpenter: Live and Acoustic. She performed for three days last August 2018, which also allowed for a signing session and a meet and greet with the artist. 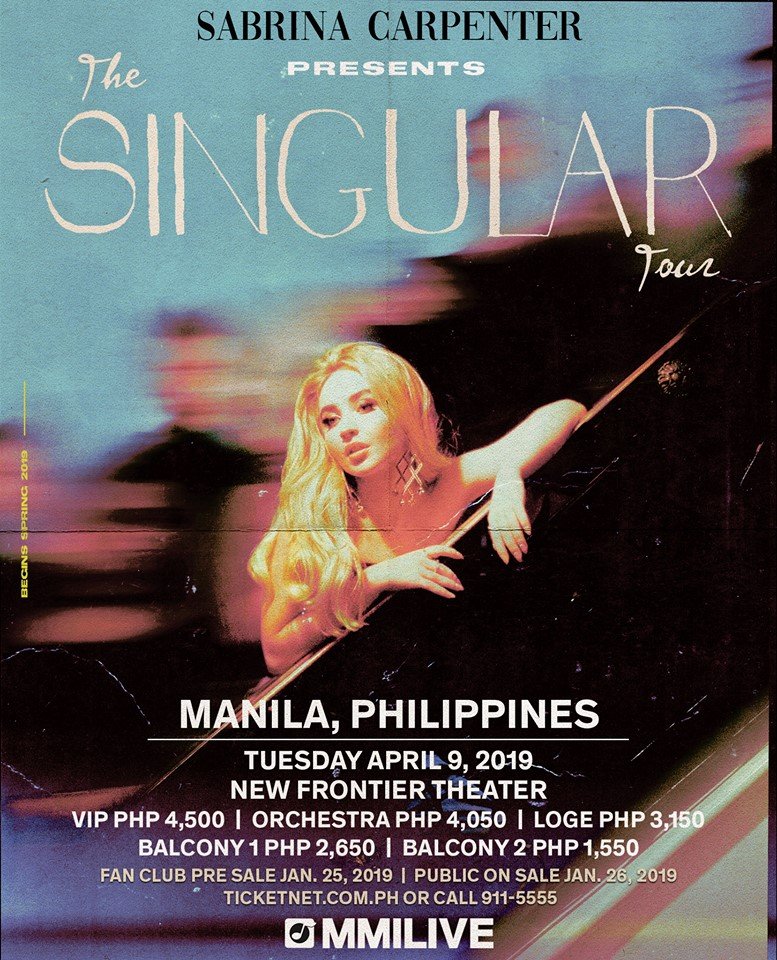