Nineteen-year-old Sabrina Carpenter is set to grace the stage as she sings her latest hit single “Almost Love” in the Philippines for the very first time!

The American singer-songwriter is behind the chart-topping singles “Thumbs,” “Why,” and the No. 1 breakout song on the Billboard Dance Club chart “Alien.” Despite her young age, she managed to have her first sold-out fall headline tour in 2016 from her sophomore album EVOLution.

This year, Sabrina’s newest album called “Singular” is slated to be released, with her hit-single “Almost Love” as the first song on the album. 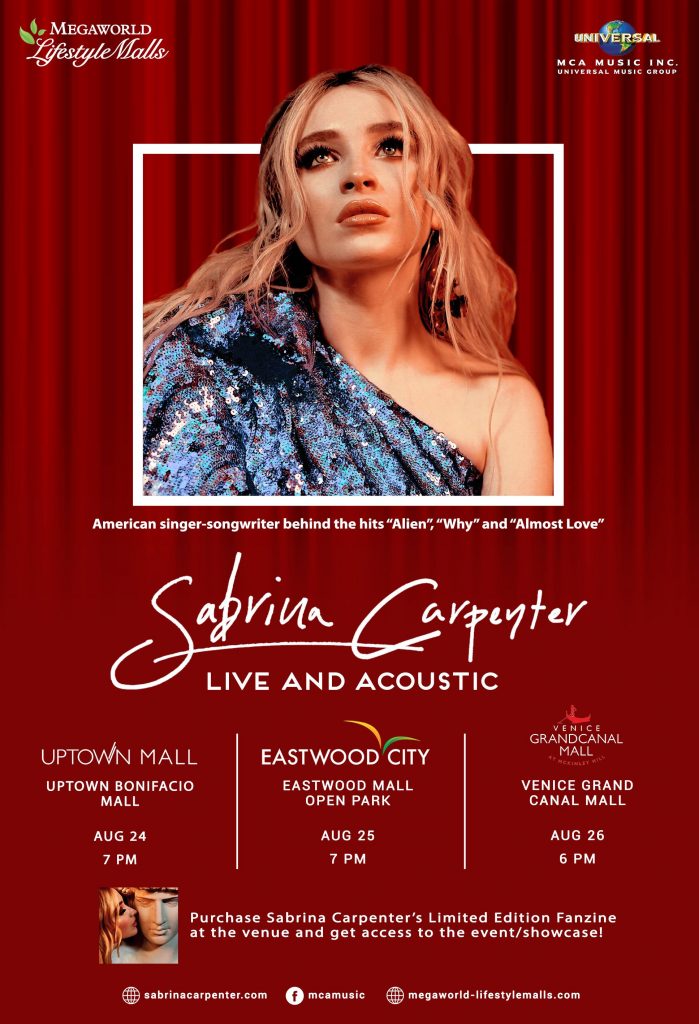 For the first time in the Philippines, catch Sabrina’s Live and Acoustic shows in Manila on August 24, 25, and 26, 2018 in the following malls:

Purchase Sabrina Carpenter’s Limited Edition Fanzine at the venues and get access to the event/showcase! Stay tuned for details and mechanics on the Signing Session and Meet & Greet Opportunity to be announced soon.