GuitarNights: The Romantic Guitar with Kozo Tate at Ayala Museum 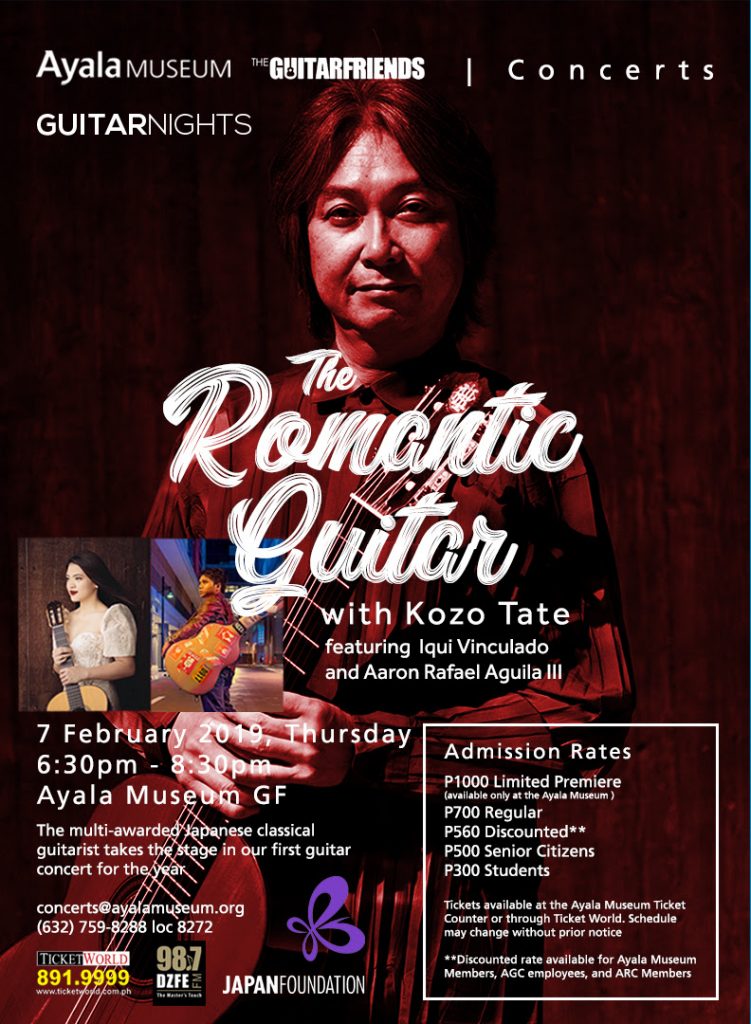 Kozo Tate studied guitar under the guidance of Yasumasa Ohara, Takao Kaneko, while he took up Harmony Studies with Shimizu Kan.

He was the grand winner of the 18th Tokyo International Guitar Competition sponsored by the Japan Guitar Federation in 1975. He also received the Minister of Education Award and the Spain ambassadorial cup.

Kozo Tate has also been invited as a competition judge and a masterclass lecturer in many countries including Spain, Prague, Chile, Bolivia, Peru, Russia, and Argentina.

Tickets are available online at ticketworld.com.ph and at the Ayala Museum ticket counter which is open from Tuesday to Sunday at 9:00 a.m. to 6:00 p.m.