Rita Ora Comes to Manila for Her “Phoenix” World Tour 2019

British singer-songwriter Rita Ora is coming to Manila on March 10, 2019, at the New Frontier Theater (formerly KIA Theatre), as part of her World Tour 2019.

Global pop star Rita Ora is due to release her second studio album, ‘Phoenix’ on November 23 via Atlantic Records, which will include the chart-topping single ‘Let You Love Me’.

The global hit, ‘Your Song’, written by Ed Sheeran and Steve Mac, reached more than 352-million streams alone. Your Song is also her biggest hit in Europe, reaching the Top 10 smash in the UK singles chart. 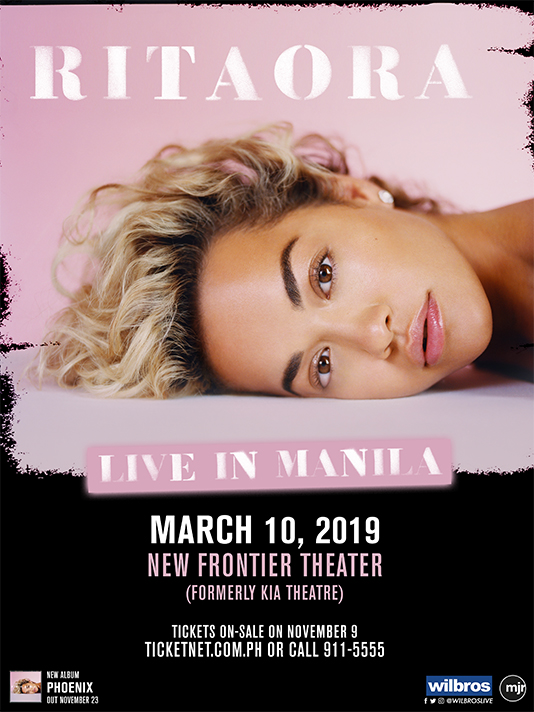 Another popular song from Rita Ora includes the global Top 10 hit ‘Lonely Together’ –a collaboration with Avicii, and the single ‘Anywhere’ which earned a #2 spot in the UK.

Further collaborations with Liam Payne for the Fifty Shades Freed Soundtrack ‘For You’ became her fourth Top 10 hit, as well as her girl-power anthem ‘Girls’, which saw Rita team up with Cardi B, Bebe Rexha & Charli XCX. 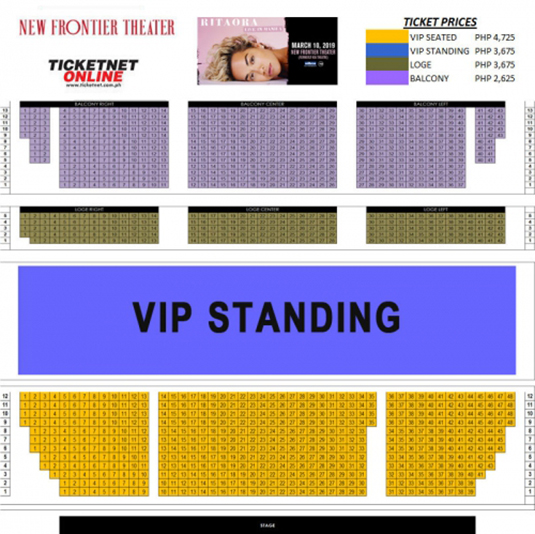 Seating for Rita Ora in Manila 2019 /IMAGE from ticketnet.com

See Rita Ora perform live as she comes to Manila for the first time on March 10, 2019, at the New Frontier Theater presented by Wilbros Live!

Rita Ora Live in Manila tickets are available at Ticketnet. You may also contact the Ticketnet office at 02-911-5555.