The man behind one of the world’s most recognizable and loved renditions of Robyn’s ‘Dancing On My Own,’ Calum Scott, will be doing his first ever Philippine show entitled Only Human Asia Tour at the Kia Theatre on October 30, 2018! 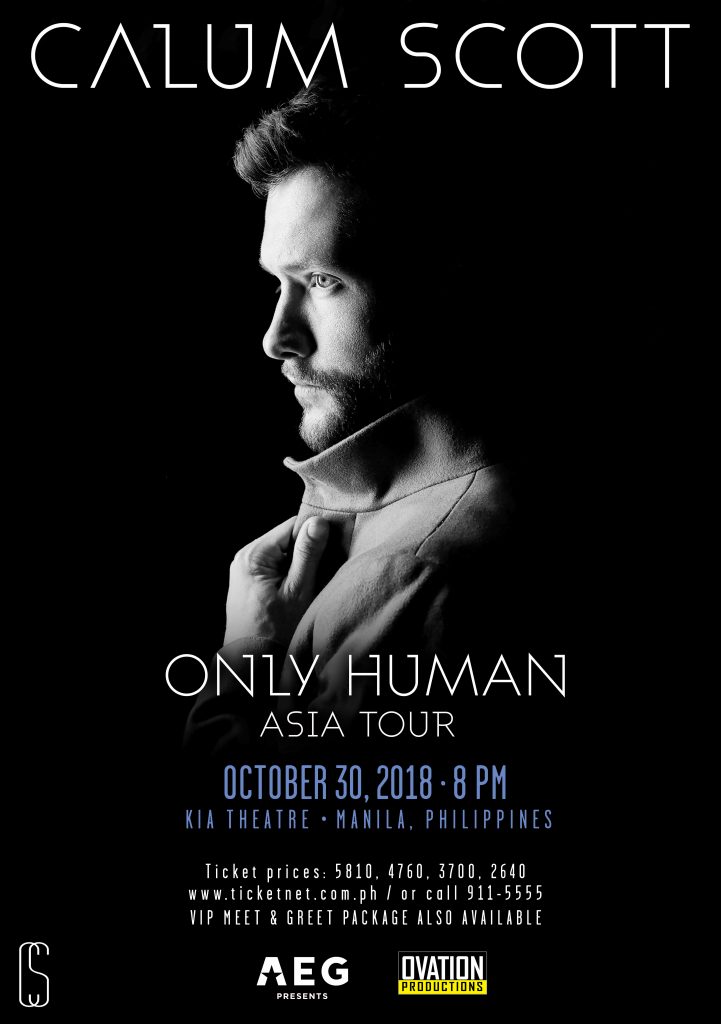 After Scott’s heartwarming appearance on Britain’s Got Talent in 2015, it shot him to instant global stardom and he officially released his audition song ‘Dancing On My Own’ as the lead single from his debut album Only Human. With more than 6.5 million copies sold worldwide, a 5x Platinum in Australia and his nomination at the Brit Awards for British Single Of The Year, his album resonated strongly with Australian audiences, peaking at #5 on the ARIA chart.

2018 has certainly been a significant year for the 29-year-old as his first headline tour across Australia, New Zealand, UK, Europe and Asia was a success. This October, catch Calum Scott as he takes his upbeat yet deceptively anguished balladry on the Philippine concert stage this October 30, 2018!

Tickets will go on sale this June 23, 2018, and ticket prices are as follows: