There’s a Broadway musical full of witty jests that can brighten your mood running at the Globe Auditorium! 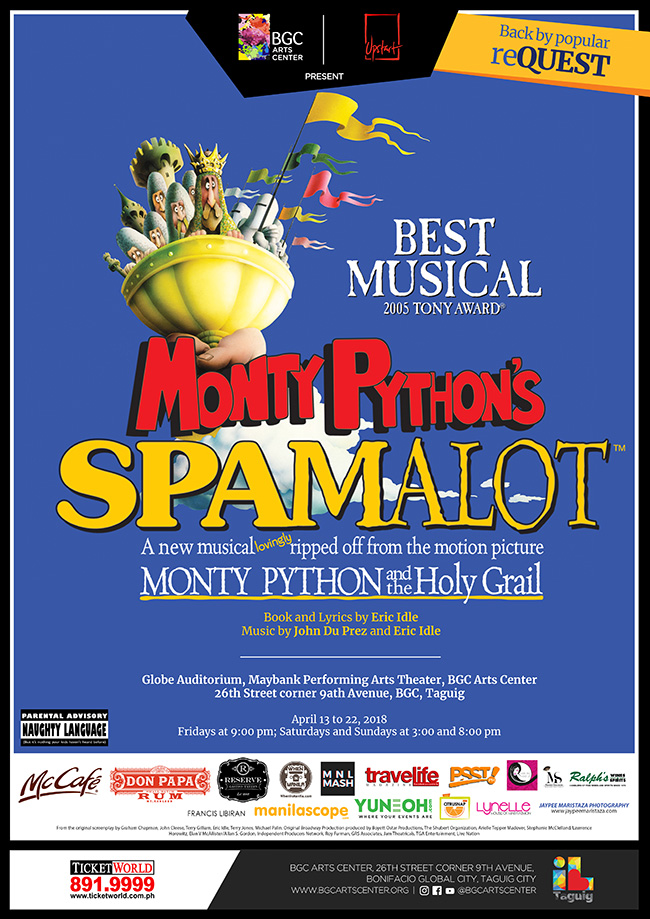 A play based on the 1975 film Monty Python and the Holy Grail, it tells the story of King Arthur’s search for the Holy Grail together with his knights of the roundtable, winning the Tony Award for Best Musical in 2005. This year’s production emphasizes how actors have to naturally bring out the humor and at the same time gracefully sing their hearts out. 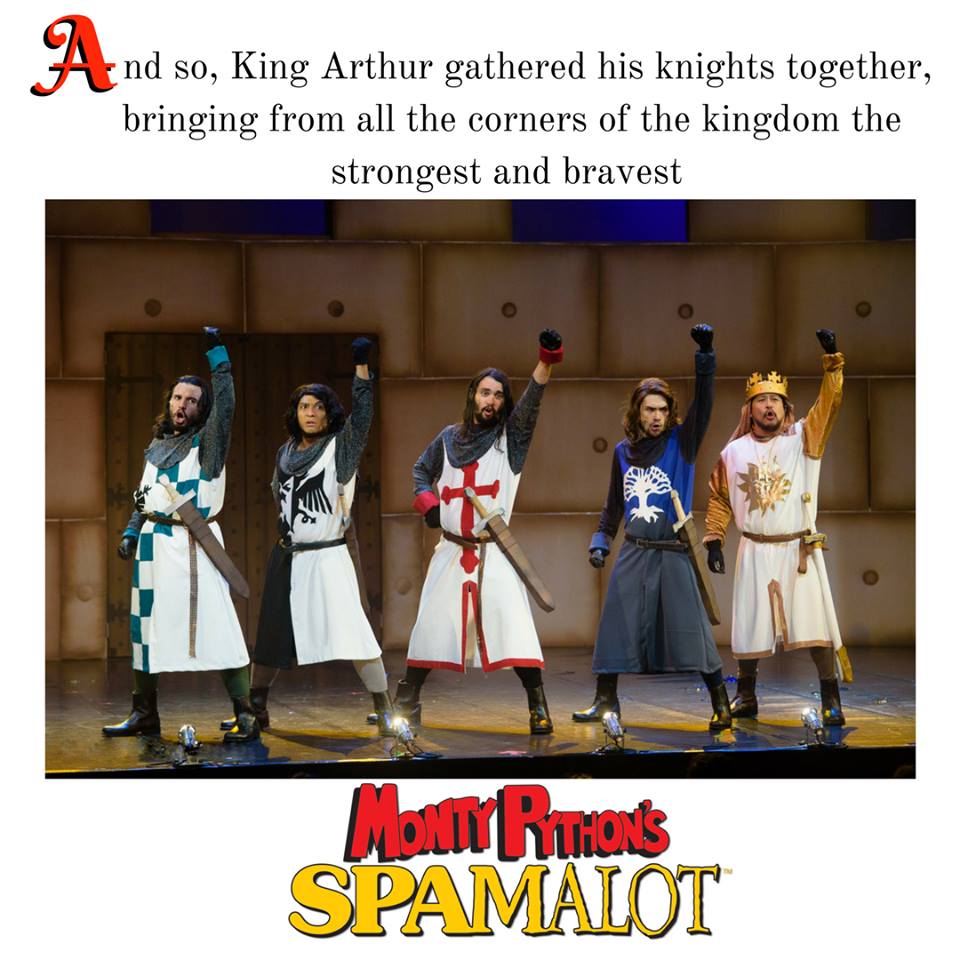 The popular Broadway musical is known for being silly, bringing its brand of laughter as it tours different countries. The Philippine run of SPAMALOT, presented by Upstart Productions, features Filipino singers and actors such as Rachel Alejandro, Carla Guevara-Laforteza, and Lorenz Martinez.