Sam Smith to return to Manila for 2nd concert

Sam Smith fans stand-up and rejoice! The English singer-songwriter is set to be back in the Philippines on October 5, 2018, for his second concert in Manila. This year, he’ll be going on tour for Sam Smith: The Thrill of It All World Tour Manila presented by MMI Live. 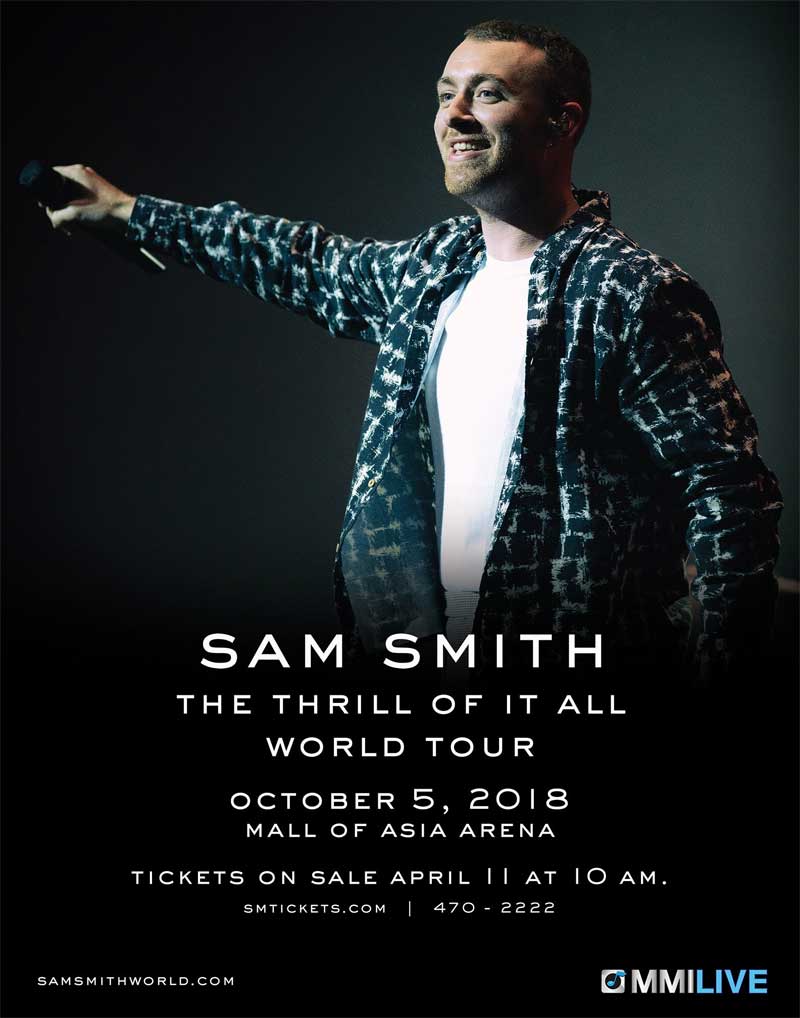 He first became famous in October 2012 after he released his single Disclosure for Latch. Two years after, he released his first studio album In The Lonely Hour on May 2014. Following the release of various songs, he gained attention in the music scene and became a staple in the industry.

After his hiatus in 2016, he returned with songs that broke the charts and even landed him on the top spot. This will be his second time in the Philippine, the first one being in November of 2015.

Listen to his current hits such as Pray, Scars, Too Good At Goodbye, Him, Say It First, and much more from his Thrill Of It All album. Ticket prices are yet to be announced but are available starting April 11, 2018.

What: Sam Smith: Thrill Of It All World Tour in Manila
When: October 5, 2018
Where: Mall of Asia Arena, Pasay City
Ticket prices will be announced soon.