Former lead singer of Westlife Shane Filan returns to Manila on February 9, 10, and 11, 2018 with a series of mall shows in Manila and Cebu. It was back in 2015 when he first set foot in the Philippines, serenading everyone with his solo hits. 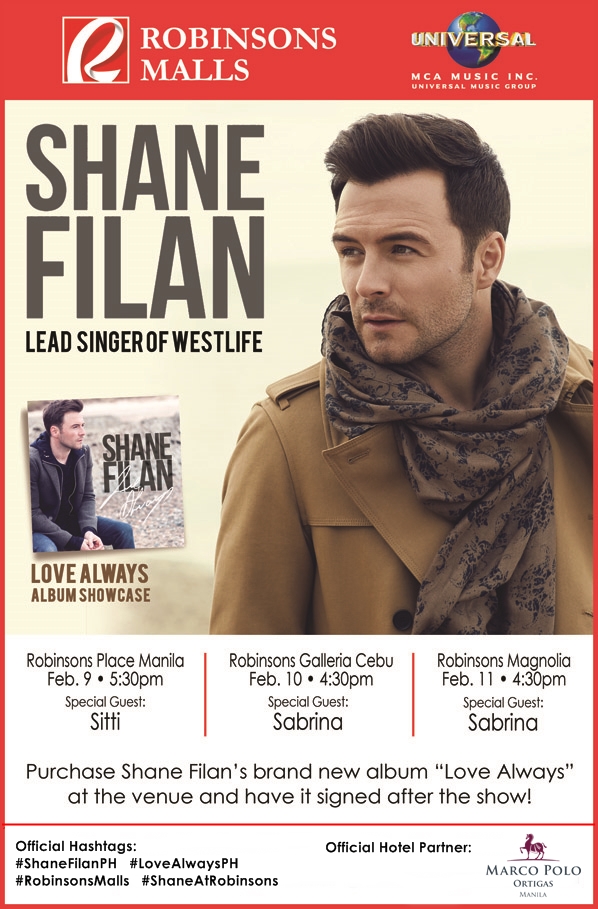 Shane Filan is an Irish singer and songwriter who was known as the lead singer of the famous 90’s boy band Westlife. When the group disbanded in 2012, he pursued his solo career and debuted his solo album You and Me in 2013. It was then followed by two more albums: Right Here (2015) and the latest being Love Always (2017).

With the success of his music career, he has gained a large fanbase who supported his albums and tours. Catch Shane Filan as he performs in three malls in the Philippines this weekend:

Fans are encouraged to purchase Shane Filan’s brand new album Love Always at the venue and have it signed after the show as this event is also album showcase. Lucky fans will also have the chance to meet and greet the singer at the event. For more information, follow the official hashtags #ShaneFilanPH and #LoveAlwaysPH, or check out MCA Music on social media (@mca_music).