To commemorate how our esteemed war veterans fought for freedom, Filipinas Heritage Library in partnership with Ayala Mall Cinemas will be presenting AFTER WAR: World War II Film Festival and Exhibition this coming February and March 2018. 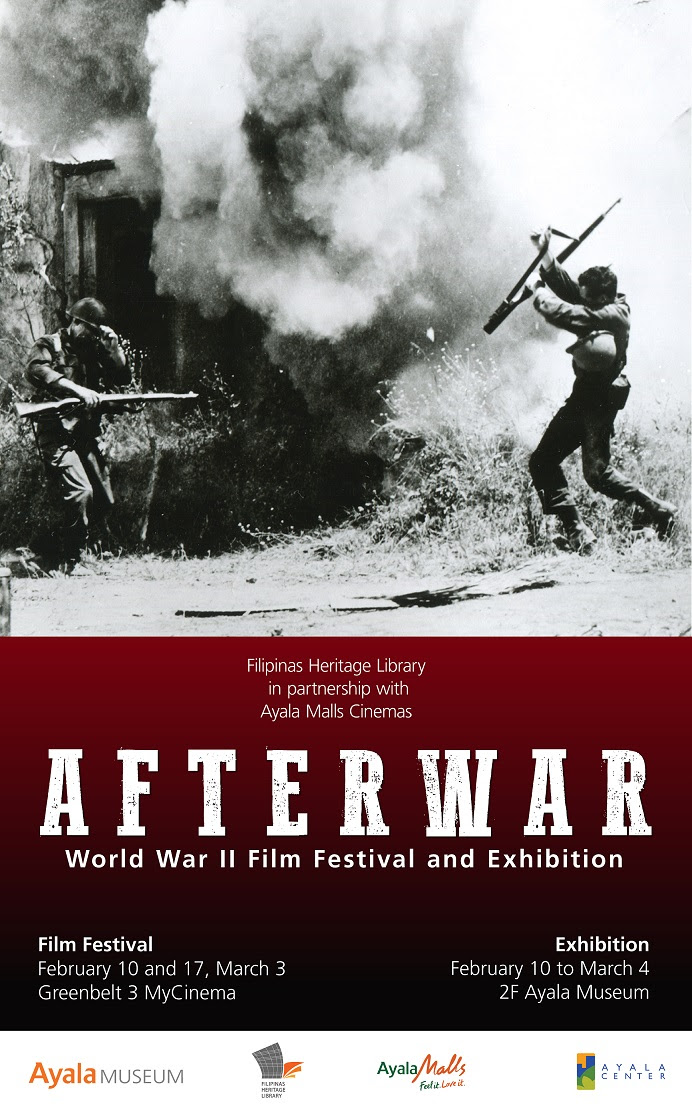 The film festival will be happening on February 10, 17 and March 3, 2018 at Greenbelt 3 MyCinema. Tickets for the film festival are priced at Php 300 for the regular rate and Php 240 for senior citizens, students, teachers, Ayala Museum members, Ayala Group of Companies employees, and Ayala Rewards Circle members. Film screenings are free for World War II veterans.

Film line-up for this upcoming event are as follows:

The art exhibition, on the other hand, will run from February 10 to March 4, 2018 at the 2/F of the Ayala Museum. Tickets for this exhibit are free of charge and open to the public. For questions and other inquiries, you may call 02-759-8281 or email asklibrarian@filipinaslibrary.org.ph