After a successful run in 2017, Kinky Boots will once again own the spotlight this 2018!

Back by popular demand, a limited repeat run of Kinky Boots will happen on March 2-18, 2018 at the Carlos P. Romulo Auditorium in Makati City with artist Nyoy Volante portraying the character of drag queen Lola. 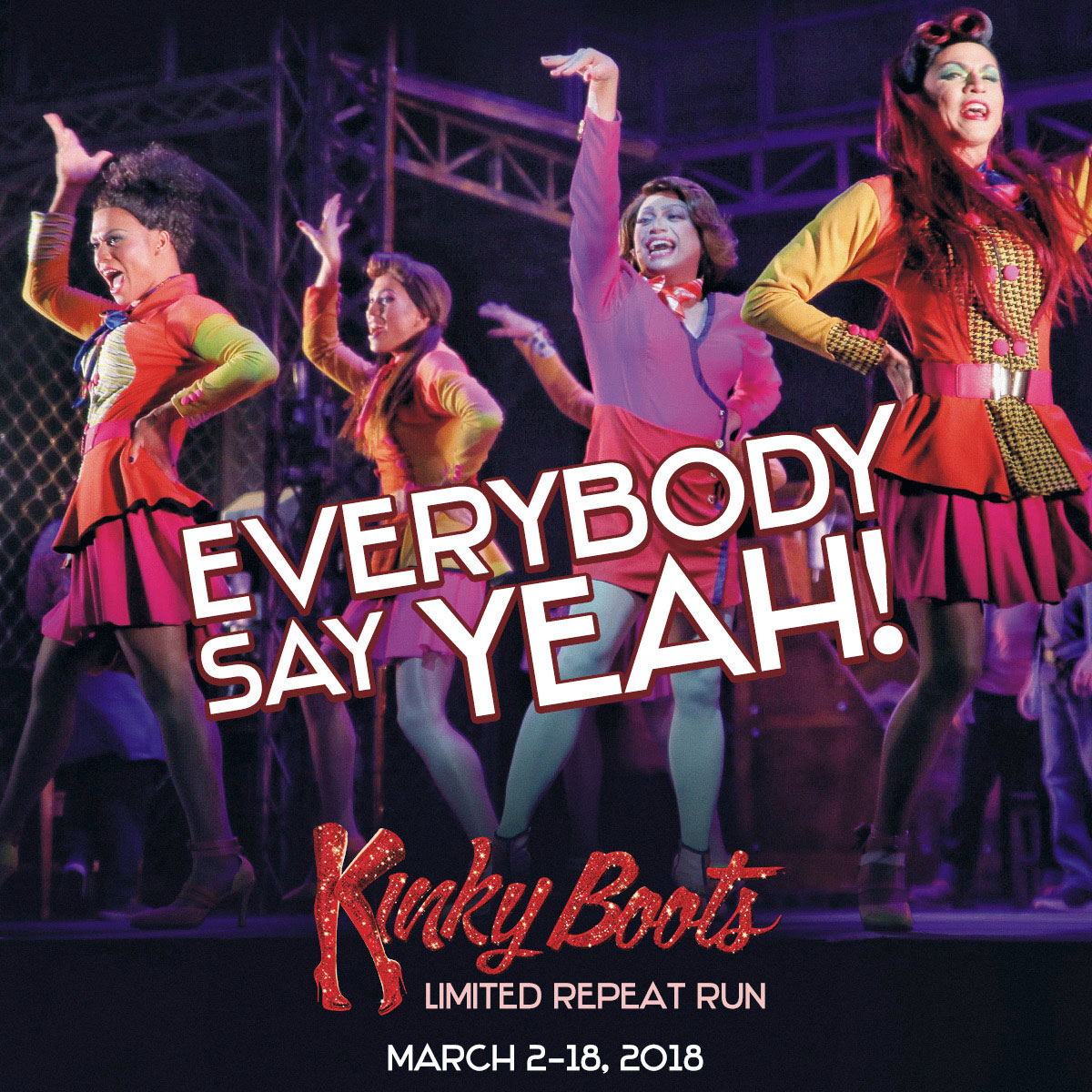 Kinky Boots in Manila is a modern rendition of Julian Jarrold’s 2005 British Film, Kinky Boots. It is centered on the life of Charlie Price who, upon inheriting the shoe factory owned by his father is faced with the problem of company bankruptcy.

With the problem in his hands, he then meets a cabaret performer and drag queen through Lola who helped him save his company by asking him to design high-heeled boots especially for other performing drag queens and being paid a fair amount after.

Kinky Boots in Manila will run from March 2-18, 2018 at the Carlos P. Romulo Auditorium, 4/F RCBC Plaza, Ayala Avenue, Makati City. Tickets for this live performance are priced at Php 4,000, Php 3,500, Php 3,000, and Php 1,500 which are available via TicketWorld. For updates, you may follow Atlantis Theatrical on Facebook.