Mark your calendars, as Kinky Boots — Tony, Grammy and London Olivier Award-winning musical is heading to Manila for an entertainment like no other! The play will run from June 30-July 23, and will be held at the Carlos P. Romulo Auditorium, RCBC Plaza, Makati City. 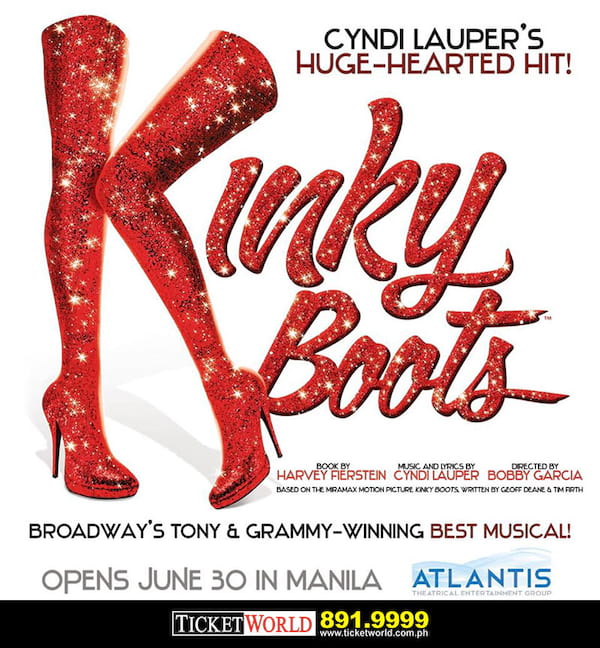 Kinky Boots is a humorous musical based on a true to life event. It revolves around a shoe factory owner named Charlie, and a fabulous entertainer with a wildly exciting ideas named Lola. As the story unfolds, the two find themselves that they have more in common than they could have imagine.

Kinky Boots is a sure robust physical comedy, and quite surprising as Philippines’ acoustic balladeer Nyoy Volante will take part in the musical as Lola while Laurence Mossman, whose been in various roles in the Asian premiere of “Fun Home” will take the role of Charlie.

What: Kinky Boots is coming to Manila

Click HERE for the dates. Call Ticketworld Manila at 891-9999 for tickets.