Joe Thomas and Tamia live in Manila on March 2018

Now is your chance to hear your favorite songs from the 90s! R&B Singers, Joe Thomas and Tamia will be holding a show in Manila on March 9, 2018, to serenade their fans at the Mall of Asia Arena. Witness the epic duet of both artist as they sing their classic hits. 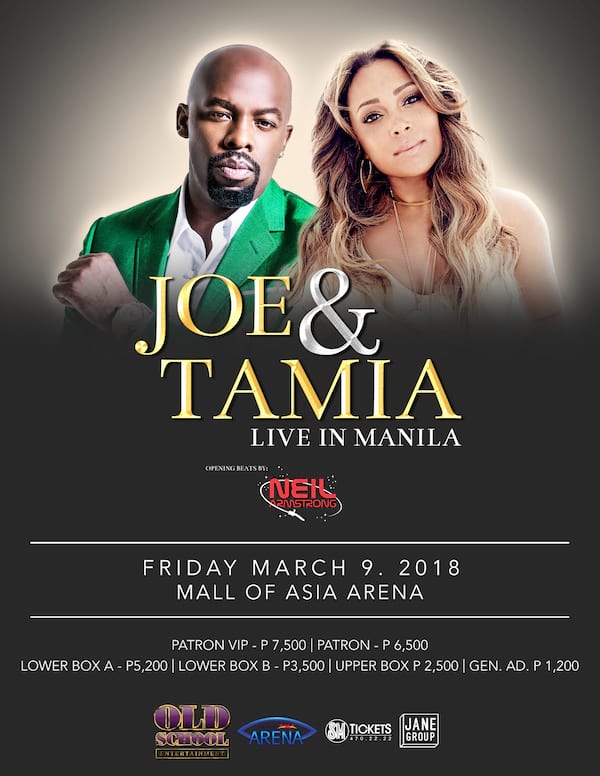 Born Joseph Lewis Thomas, he is known by his stage name, Joe Thomas. A singer and songwriter, his hit songs include Thank God I Found You” with Mariah Carey and 98 Degrees, I Wanna Know, and If I Was Your Man. He used to be a part of Black Men United, along with Usher, D’Angelo, R. Kelly, Brian McNight, and Tevin Campbell.

Tamia is a Canadian singer-songwriter that has released numerous popular tracks especially during the 90s. Some of her songs are So Into You, Officially Missing You, and Slow Jams.

This concert is the only one they’ll be having in Asia, making it special for the both of them. The one-night-only concert will be full of throwback songs from both artists, relive the moments and the memories. The two are joined by DJ Neil Armstrong, a Filipino artist based in NYC who has toured with Jay-Z and even performed for the presidential inauguration of Barack Obama.

This concert is made possible by Old School Entertainment.

Tickets are on sale starting January 1, 2018, via SM Tickets.