There are only a few months before Valentines Day and if you’re looking for a date, South Korean Actor, Ji Soo will be will be your companion! Mark your calendars on February 10, 2018, at 7 pm, as Ji Soo will be having a fan meet show at the Skydome, SM City North Edsa. 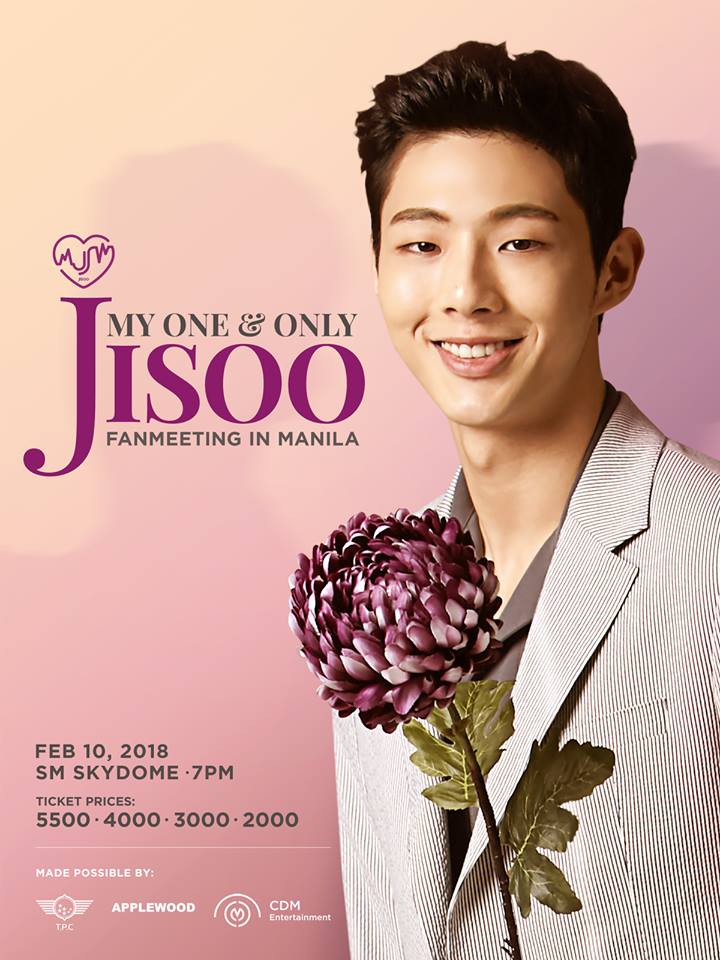 Born Kim Ji-soo in Seoul, South Korea, Ji Soo made his acting debut on stage in 2009 and consequently starred in several short films, including having a lead role in the Korean-Philippines independent film Seoul Mates. This year he co-starred in JTBC’s romance comedy Strong Woman Do Bong-soon, that has made waves with international fans such as the Philippines.

Tickets will be available on December 16, 2017, at all SM Tickets outlets and online. This event is presented by CDM Entertainment. Fans are all excited to meet and greet the South Korean Actor next year. For the love month of February, get ready for an evening of thrilling interviews, fun games and even be serenaded by Ji Soo himself.

Plus, a chance to win signed posters and other various Ji Soo merchandise and souvenirs.

Ticket Prices and Perks are as follows:

DETAILS
What: My One and Only, Jisoo, Fan Meet
Where: Skydome, SM City North Edsa
When: February 10, 2017
Tickets: SM Tickets