Global Pop and RnB girl group, Fifth Harmony are thrilled to announce that they are bringing their PSA Tour to Manila on March 6th, 2018 at the KIA Theatre. Manila will be one of the lucky stops in Asia before the girls go on tour in Australia. 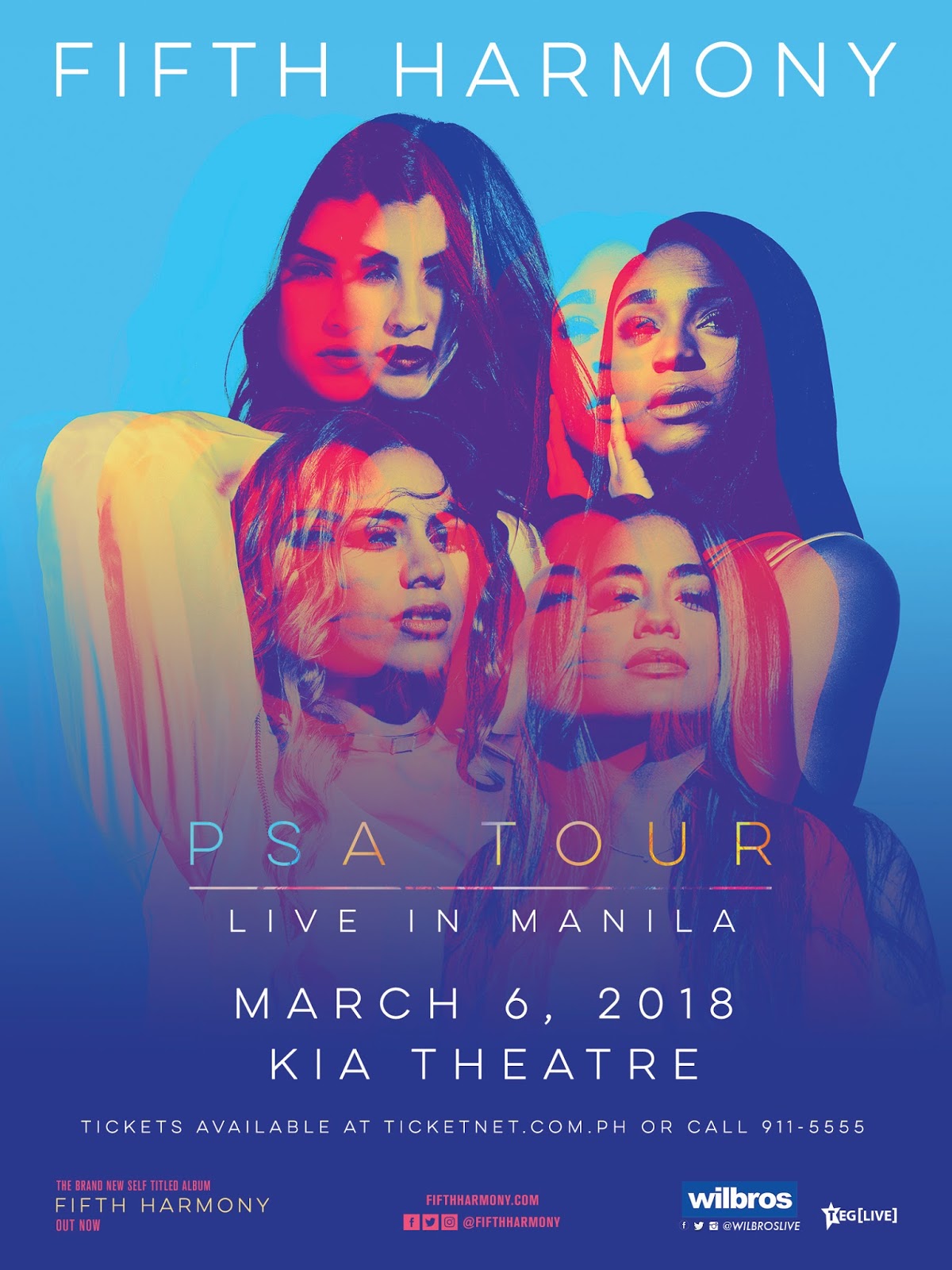 After months of build-up and anticipation, multi-platinum selling group Fifth Harmony’s third album Fifth Harmony (via Syco/Epic Records) blasted to the top of the charts around the world upon its August 25 release.
The group’s self-titled album was the #1 pop and second-best overall selling album in the U.S., debuted at #4 on the U.S. Billboard Top 200 chart and peaked at #1 on iTunes in more than 50 countries including Greece, Italy, Mexico, Portugal, Spain, Sweden, Argentina, Brazil, Chile, and Columbia.
Tickets will be on-sale on Sunday, November 12 via TicketNet.com.ph.
DETAILS
What: Fifth Harmony PSA Tour
When: March 8, 2018
Where: Kia Theatre, Quezon City
Ticket:  TicketNet.com.ph
Google Map:
You might also like...