Are you a fan of this particular song?

Well, get ready to hear it live as The Script will once again serenade their way to Filipino hearts this 2018! 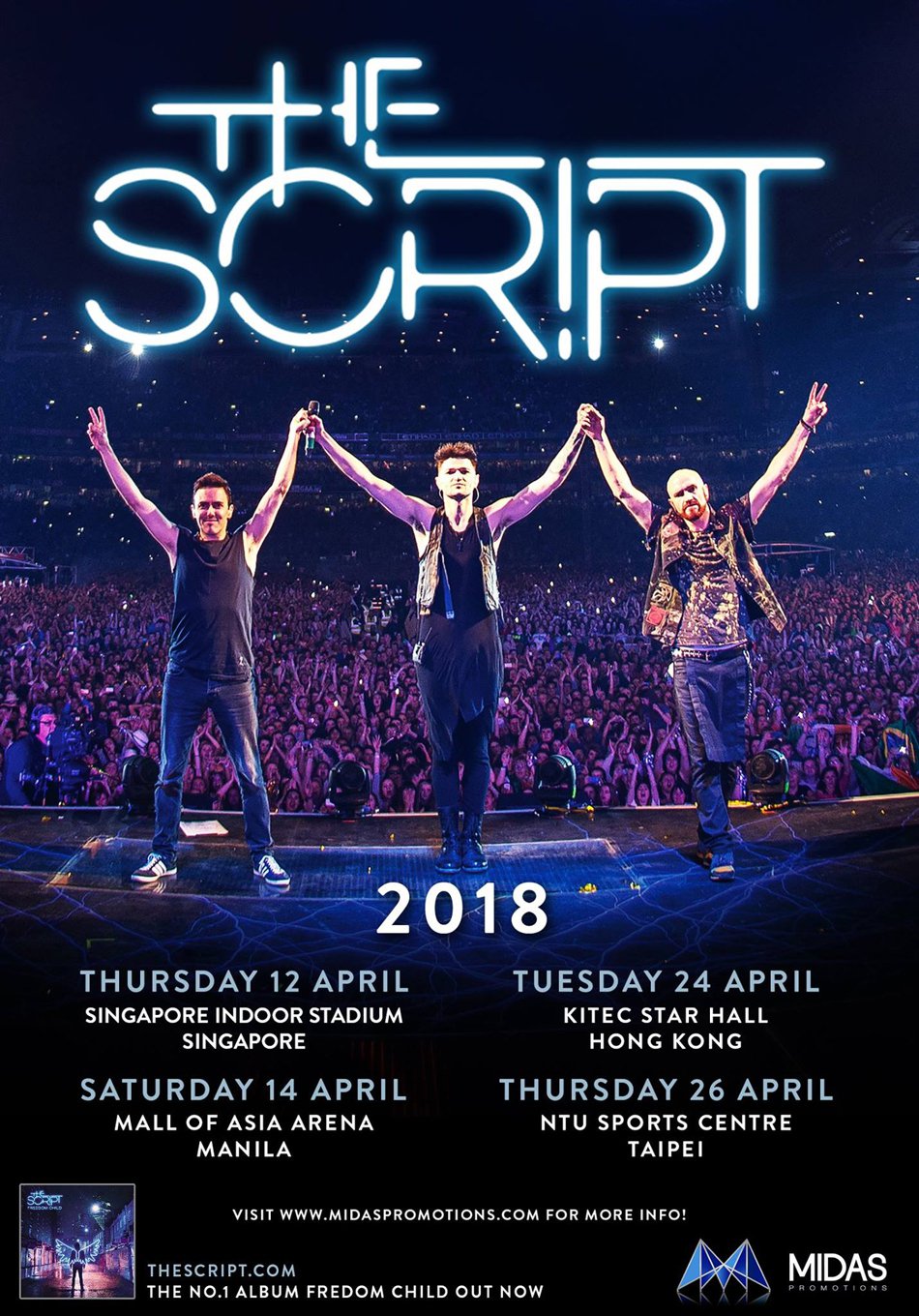 After three successful concerts in the Philippines, Irish band The Script will once again fly back to Manila for a one night concert on April 14, 2018. According to Midas Promotions, The Script’s Manila concert is part of the Asian leg of the band’s Freedom Child Tour to promote its latest album and make their name known to more people. Happening on April 14, 2018 at the Mall of Asia Arena, come and be part of this heart-stopping performance and let this band take you to cloud nine!

Tickets for their upcoming concert will be on sale starting on November 7, 2017 at all SM Ticket Outlet nationwide. Tickets are priced as follows: