The Elixir of Love

The Rustan Commercial Corporation (RCC), Cultural Center of the Philippines (CCP), and The Peninsula Manila in cooperation with the Philippine-Italian Association (PIA) present Gaetano Donizetti’s “L’Elisir d’Amore”  (The Elixir of Love) this October 2017. 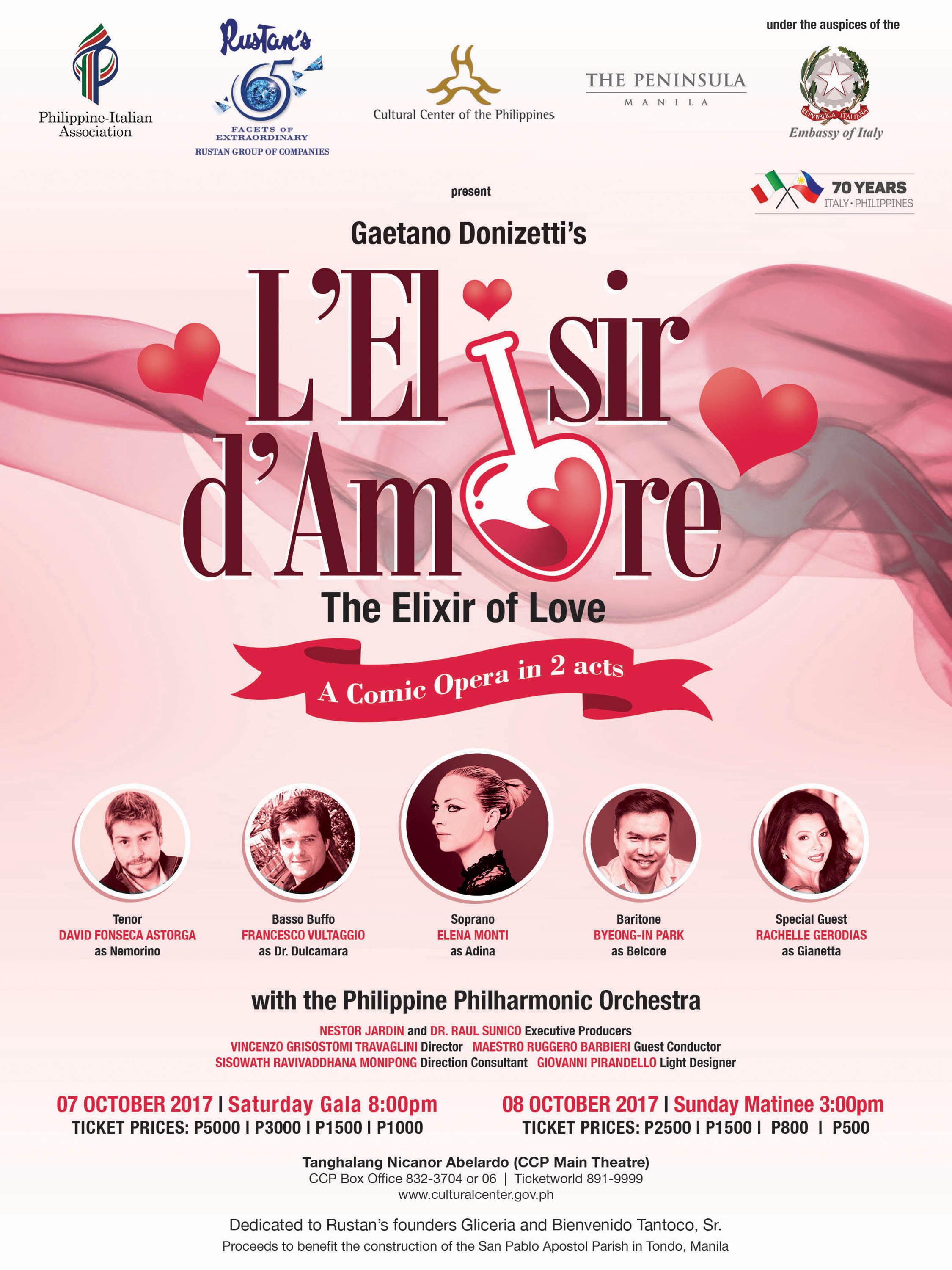 In celebration of the 70th anniversary of the diplomatic relations between Italy and the Philippines as well as the 65th Sapphire Anniversary of the Rustan Group of Companies, this comic opera in 2 acts is performed with the Philippine Philharmonic Orchestra under the baton of Maestro Ruggero Barbieri.  Proceeds of the fundraiser are to benefit the construction of the San Pablo Apostol Parish church in Tondo, Manila.

First performed in Milan at the Teatro della Canobbiana in 1832, “L’ Elisir d’Amore” is the most often performed of Donizetti’s compositions and has been continuously in the global opera repertoire. Set in a tiny hamlet in the Basque region of Spain towards the latter 18th century, the plot involves a down-to-earth worker, Nemorino, who falls for Adina, a beautiful yet indifferent landowner.

The gala performance will be on Saturday, October 7, 2017 at 8:00 pm, and the matinee will be on Sunday, October 8, 2017 at 3:00 pm. The opera fundraiser will be held at the Tanghalang Nicanor Abelardo, the main theater of the CCP.