Now on its second year, the German Film Week, the only film festival in the Philippines that showcases the best and latest contemporary German films, will hit Manila again on September 27 and will run until October 5 at the SM Mall of Asia and SM City North Edsa.

There will be 12 German feature films, plus a film by Filipino filmmaker Brillante Mendoza from Berlinale (Berlin International Film Festival), for film buffs to check out. All of the 12 films were shown in German cinemas in 2016 and 2017.

Meanwhile, Captive is a 2012 dramatic film which was Brillante Mendoza’s entry to the 62nd Berlin International Film Festival.

Here’s the schedule of the screenings: 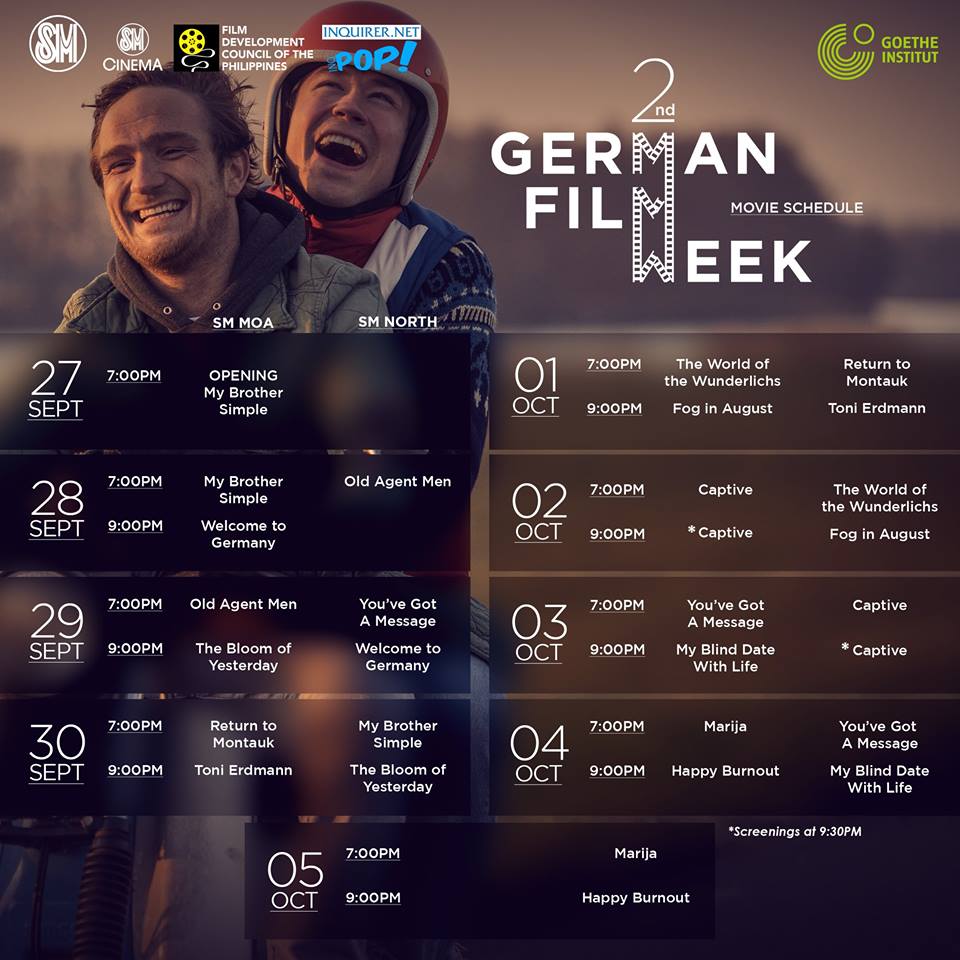