With the rise of the Korean craze through drama and K-Pop, many Korean acts have been dropping by the Philippines for fan meets, showcases and even concerts this year. Like the B.I.G. boy band who will be having their concert in Manila this September 22!

B.I.G is a 5-member boy band from South Korea, with its members including J-Hoon, Benji, Gunmin, Minpyo, and Heedo. They first came to the Philippines last July 7 for the Super Pop Concert Music Festival, and are set to head back to the Philippines this coming September 2 for their first ever showcase. 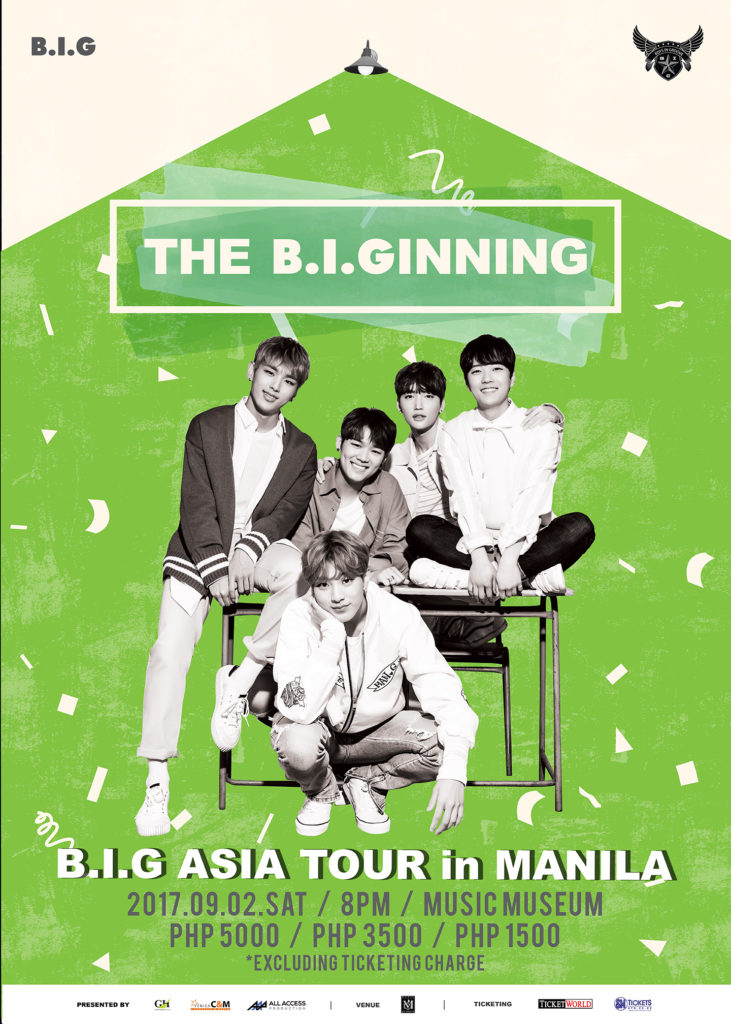 The B.I.G. concert that will be happening in Manila will not only charm fans and audiences but will also give them a chance to interact with the members, witness their powerful performance and so much more.

B.I.G. Asia World Tour is set to happen at the Music Museum in San Juan on September 2, 2017. The group will also be performing some of their popularized songs which also include the song “Hello”.

Tickets are at Php 5,000 for SVIP, Php 3,500 for VIP, and Php 1,500 for GOLD tickets (does not include ticket service charge from SM Tickets). You can get your tickets through Ticketworld and SM Ticket outlets and online.