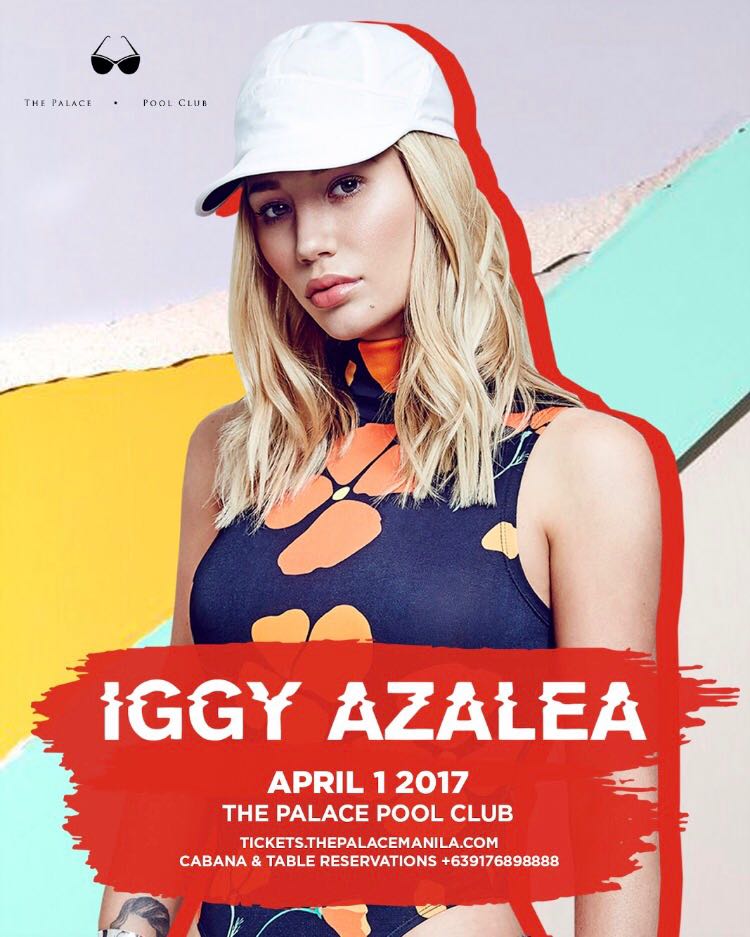 Australian rapper and singer Iggy Azalea is heading to Manila on April 1st at the Palace Pool Club.

Azalea has earned public recognition after releasing music videos on YouTube for her songs “Pussy” and “Two Times” — followed by a debut studio album The New Classic in 2014, which peaked among the top 5 of several charts worldwide. Azalea is also the first non-American female rapper to reach that peak.

Her single, “Fancy,” generated the Billboard Hotel 100, making her the fourth female rapper in the history of the chart to reach no.1. She has also been nominated for numerous major awards including the two American Music Awards in in Rap/Hip-Hop categories, along with four more nominations, won three Teen Choice Award, MTV Europe Music Award, and won the 2014 ARIA Award for breakthrough artist.

Get ready to hear some awesome music of Azalea’s such as, “Black Widow,” “Don’t Need Y’all” and “Problem” on April 1, Saturday, at the Palace Pool Club.

This event is for 18-year old above only. A valid Government issued ID must be presented upon entry.

What: Iggy Azalea live in Manila

Get your tickets HERE