Spring into the Year of the Rooster at the Shang

SPRING INTO THE YEAR of the Rooster with Shangri-La Plaza as they kick off the special Lunar New Year celebration with film, art, music, and tradition. 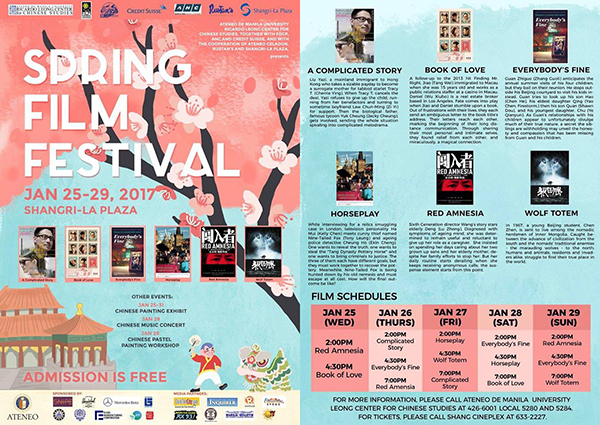 The festivities open on January 25 to launch the 11th Spring Film Festival and the Chinese Painting Exhibit at the Grand Atrium at Level 2 of the Main Wing.

Chinese skill and talent take center stage with the Chinese Painting Exhibit by the students of the Confucius Institute at the Ateneo de Manila University to be held from January 25 to 31 at the Grand Atrium.

Meanwhile, the 11th Spring Film Festival by the Ricardo Leong Center for Chinese Studies will be screening at the Shang Cineplex Cinema 4 from January 25 to 29.  Watch from this selection of six masterfully crafted films showcasing the excellence of Chinese cinema that include the drama A Complicated Story, the action/comedy Horseplay, and China’s 2015 foreign-language Oscar entry Wolf Totem, among others. Admission is free on a first-come, first-served basis.

The excitement goes into full swing on January 28, the start of the Chinese New Year, as various activities liven up the mall. The Streetscape will have a Live Mural Painting demonstration by the Saturday Group of Artists at 2:00 pm. Hope Christian High School will perform a concert entitled An Afternoon of Beautiful Chinese Melodies at the East Atrium, Mid-Level 2/3 of the East Wing at 3:00 pm. 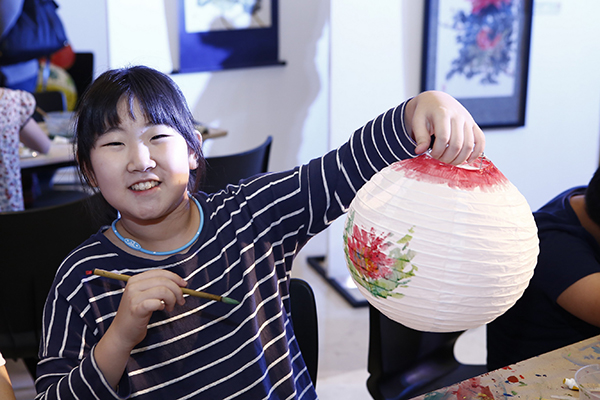 LEARN TO PAINT CHINESE LANTERNS! On January 28, the start of Chinese New Year, the Saturday Group of Artists will be holding a free Chinese Lantern Painting Workshop at the Level 4 Hallway of the East Wing.

Completing the jam-packed line-up, the Saturday Group of Artists will be holding a free Chinese Lantern Painting Workshop at the Level 4 Hallway of the East Wing (between Muji & Quiksilver) at 3:00 pm. The painted lanterns from the workshop will be displayed at the Streetscape.

Mall guests of all ages are welcome to participate in a free Pastel Painting Workshop with Master Fidel Sarmiento, President of the Art Association of the Philippines on January 29 at 1:00 pm.

Mall guests who redeem their “Shang’s Gift of 25” raffle coupons at Mid-Level 2/3 of the East Wing from January 30 to February 3 get to pick a lucky ang pao from the money tree.

The celebrations culminate in an electrifying Chinese Dragon and Lion Dance on February 5 starting at the East Atrium at 2PM, and then moving towards the Grand Atrium. Don’t miss out on this must-see display of a wondrous Chinese tradition!

This season, mall guests of the Shang are sure to be filled with the festive spirit of the Year of the Fire Rooster.