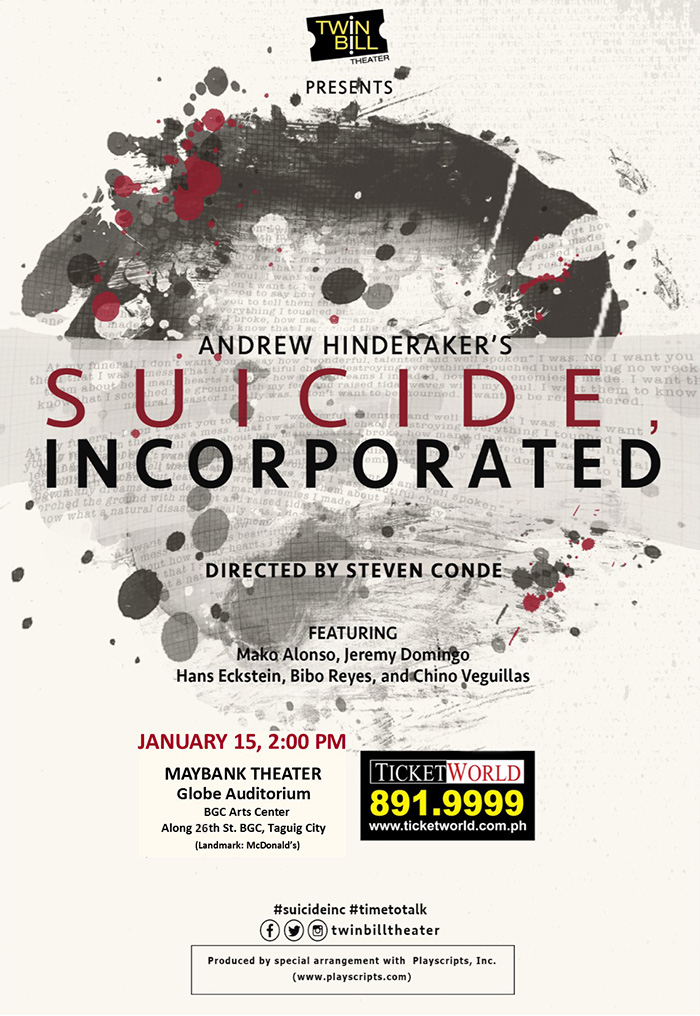 Playwright Andrew Hinderaker is set to tell us to a story worth sharing as “Suicide Incorporated” is back on stage at the Maybank Theater, Globe Auditorium in BGC Arts Center this January 15, 2017 at 2:00 pm.

Directed by Steven Conde, this show will definitely make you learn a lot about mental health issues which arfe present in the world today. Starring topnotch actors Mako Alonso, Jeremy Domingo, Hans Eckstein, Bibo Reyes, and Chino Veguillas, this play focuses on a company which exists to draft suicide notes.

This dark comedy play aims to shed light and raise awareness on mental health, so tag your friends now and don’t miss the chance to see this one of a kind play! See more details below.