Snakehips LIVE in Manila this December

SNAKEHIPS, the trending British electronic duo, is coming to the Philippines on December 13, 2016 to perform at Black Market, Makati. 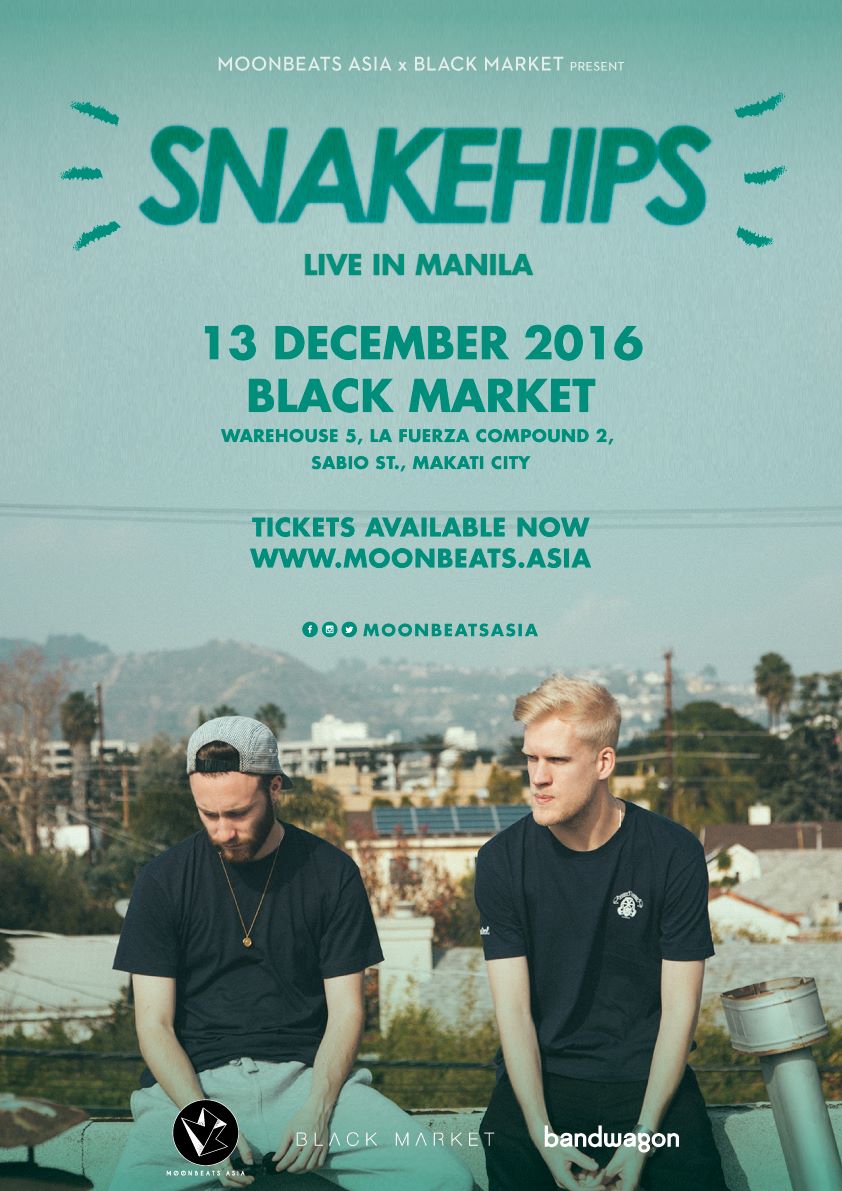 SNAKEHIPS LIVE IN MANILA. Buy your ticket now via www.moonbeats.asia and meet Oliver and James in December.

The pair first met in Hong Kong on separate business trips where they discovered that both of them have same musical interests. While on the same flight to L.A., they talked about music and even booked a studio to work on a track together. Since then, both decided to share their music talents to the world and called themselves “Snakehips.”

They released their first debut single in 2014. A year after, their next single “All My Friends”, featuring American singer Tinashe and American hip hop recording artist Chance the Rapper, entered the UK Singles Chart.

This year, 2016, Snakehips’ “Cruel”, featuring Zayn Malik, claimed its first No. 1 on the Billboard + Twitter Top Tracks. The clip also gained more than 14 million global views on YouTube as of today.

The event starts at 9 p.m. and is strictly for 18 years old and above only. Snakehips Live in Manila is brought by Moonbeats Asia and Black Market. Tickets are priced at P 2,000.00 and are available via www.moonbeats.asia.

What: Snakehips Live in Manila