Get ready to party with The Chainsmokers!

Get ready, Manila, because electro-house duo The Chainsmokers is performing for you live on August 19, 2016 at the SM Mall of Asia Arena. The geniuses behind the songs “Don’t Let Me Down,” “#Selfie,” “Roses,” and “Kanye,” Andrew Taggart and Alex Pall will be back in the Philippine soil and will be having their first headlining show after two years. 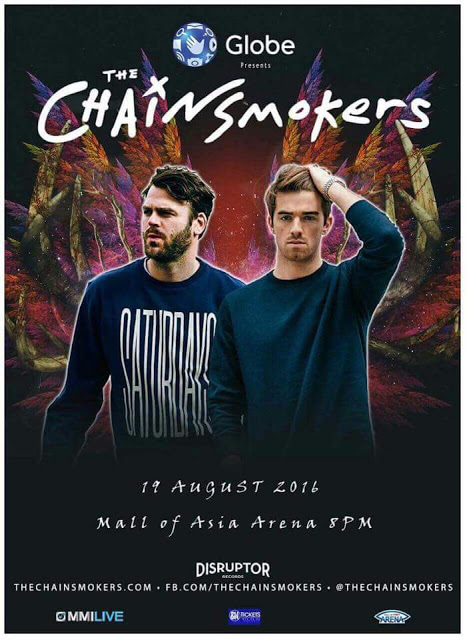 In 2014, the duo brought the #SELFIE phenomenon via their #SelfieTour at Republiq Club.

The Chainsmokers formed as a duo in 2012 and since then, they have been producing hit singles and performing across the globe. Tickets for the event will be available on June 20 via SM Tickets. See you there!

What: The Chainsmokers Live in Manila