The People’s Choice Award winner and “Stitches” song writer Shawn Mendes will be performing at SM Mall of Asia Arena on October 26, 2016 as a part of his world tour. This is the second world tour of Mendes and will be his first time performing in the Philippines. 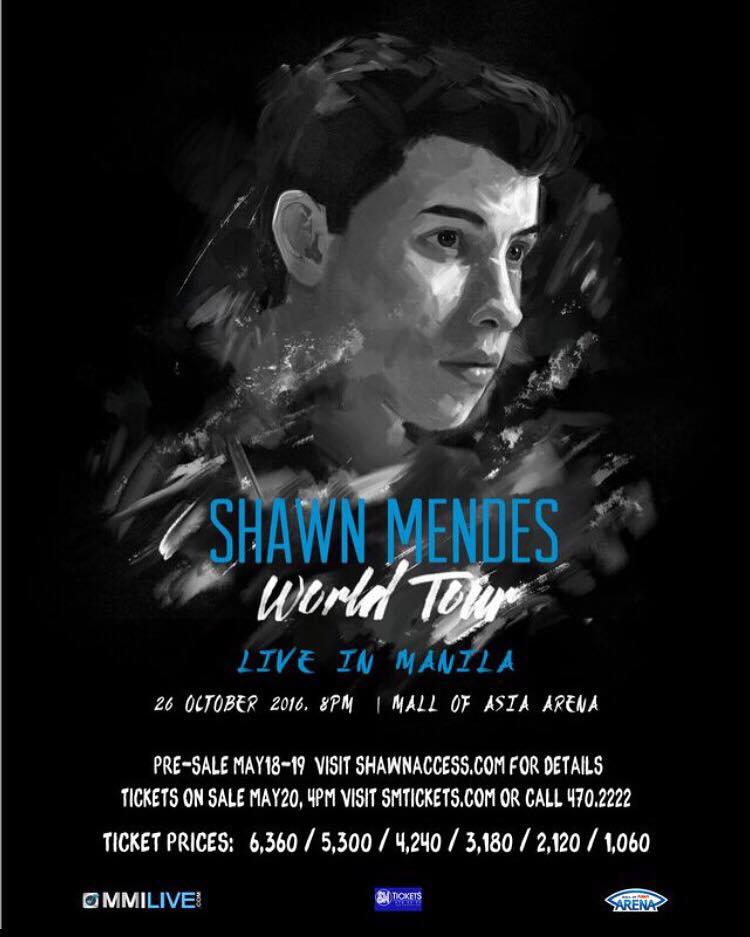 The Canadian singer-songwriter was discovered through the mobile application Vine and has then made a name for himself when his songs hit the Billboard Top 100. Now, he continues to produce more songs and has embarked on his new world tour.

For ticket inquiries, go to https://smtickets.com/events/view/4447.