The Palace Pool Club celebrates its first year with Deorro

A year has passed since The Palace Pool Club brought parties to a new level. On April 15, they’ll kick things up a notch as they celebrate their first anniversary with the up-and-coming DJ DEORRO! 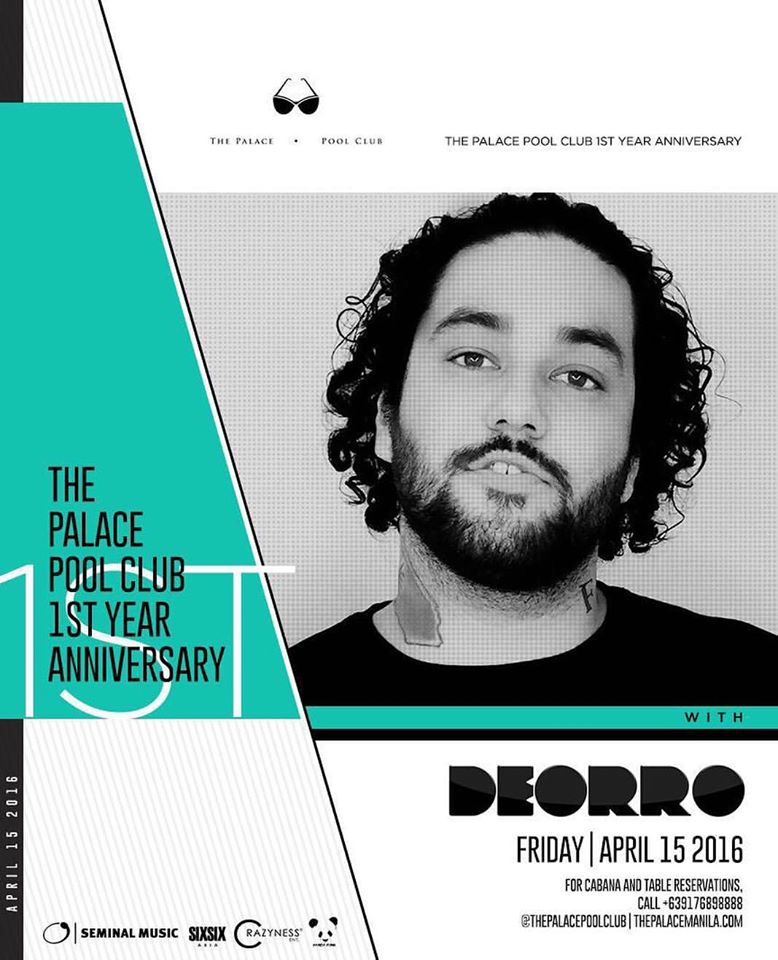 PARTY ‘TIL DAWN. The Palace Pool Club celebrates their first anniversary with DJ DEORRO on April 15, 2016.

The Palace Pool Club opened last May 2015 and has upped the ante with its unique all-day party concept. For their first anniversary, one of the world’s up-and-coming DJs, DEORRO, will headline the event.

DEORRO’s style of fusing progressive and electro Dutch music has his tracks spreading like wildfire across the globe. Some of his hits include Five Hours with Chris Brown, Flashlight, Yee, and I Can Be Somebody.

For tickets and reservations, please visit tickets.thepalacemanila.com. For more information, you can contact The Pool Club at 0917-689-8888.