Of Monsters and Men Live in Manila 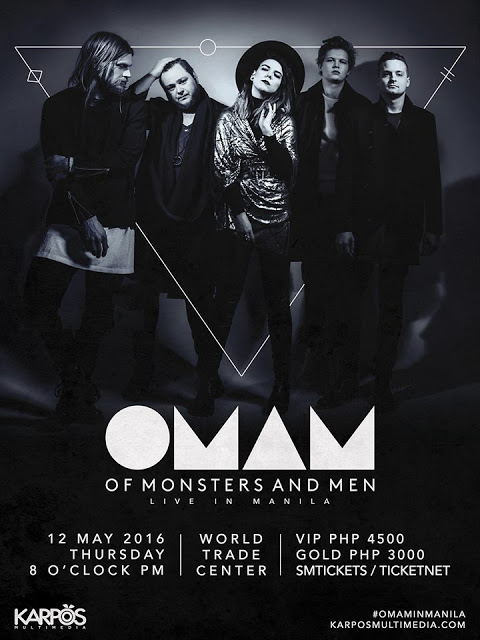 Heads up OMAM armies! The five-member indie folk band Of Monsters and Men is coming to Manila!

The indie folk pop group from Iceland will be coming to Manila this May 12, 2016 at the World Trade Center in Pasay. Their concert in Manila will be part of their “Beneath the Skin” World Tour. On their Asian Tour leg, the band will also go to Singapore in The Coliseum on May 10, before having their concert here in Manila.

Of Monsters and Men is famous for their hit songs “Dirty Paws,” “Mountain Sound,” and “Little Talks” from their album “My Head is an Animal.” They also recently released their second album entitled “Beneath the Skin.”

This five piece band is formed by Nanna Bryndís Hilmarsdóttir, Raggi Þórhallsson, Brynjar Leifsson, Arnar Rósenkranz Hilmarsson, and  Kristján Páll Kristjánsson. The band won Músíktilraunir  in 2010 which is an annual battle of the bands held in Iceland.

For ticket details, see the information below.