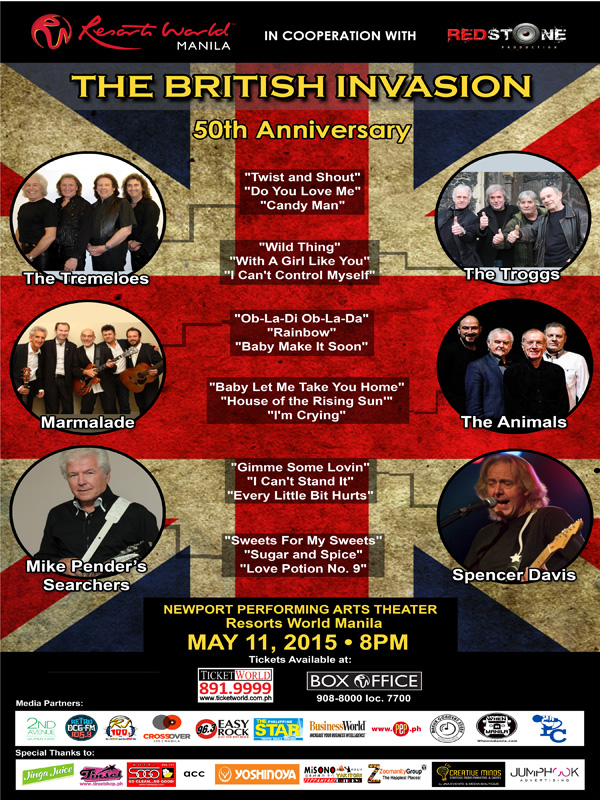 Relive the glory of 60’s British rock and pop!

Resorts World Manila and Redstone Media Productions, Inc. present The 50th Anniversary of the British Invasion Live in Manila happening tonight, May 11, 2015 at 8:00 PM at the Newport Performing Arts Theater.

Bob your head to the beat of phenomenal British bands, such as The Beatles, The Dave Clark Five, The Kinks, The Rolling Stones, Herman’s Hermits and The Who — the forefront of the Invasion! On its golden year, top acts Peter Asher of Peter & Gordon, Chad & Jeremy, Billy J. Kramer, Denny Laine of the Moody Blues & Wings, Mike Pender of The Searchers, and Terry Sylvester of the Swinging Blue Jeans and the Hollies will invade the Newport stage!

Tickets are at PhP2612.00 to PhP9090.00 each. Hurry! The event is happening in less than three hours! Get your tickets now through SM Tickets!