Welcome to the JAPANESE FILM FESTIVAL ONLINE 2022! The Japan Foundation proudly holds its second Japanese Film Festival online, as a part of the JFF projects with the aim to share the allure of Japanese cinema with the world. A total of 20 Japanese films will be streamed for free in 25 countries for February 14-27, 2022 (Some of the lineup films will not be available in certain countries).

The first-ever Japanese Film Festival Online was held across five continents and 20 countries from November 2020 to March 2021. A total of 30 Japanese films, from new releases to classics, were streamed for free, recording over 210,000 views around the world. At a time when movie theaters in many areas were closed due to the pandemic, the Festival was able to share Japanese cinema with the world on a scale never before achieved. The variety of films presented, as well as special interviews with directors, made this festival a well-received success. 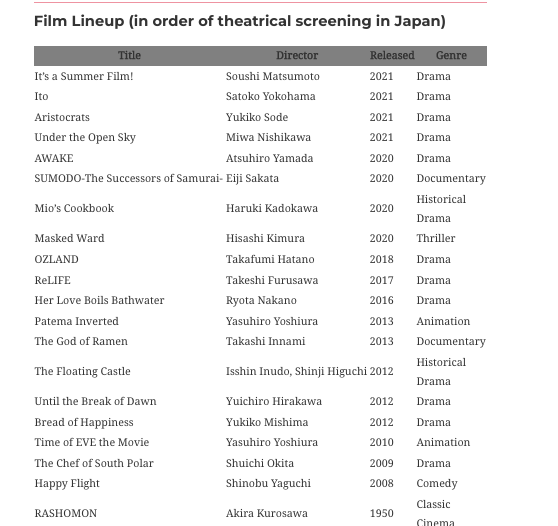 For its second year, the festival will expand to 25 countries, focusing on areas where access to Japanese cinema is limited. Nepal, Bangladesh, Pakistan, Argentina, Ecuador, and Peru have been added to the festival’s scope. Viewers from these 25 countries will be able to watch 20 films presented with subtitles in 15 languages for FREE. 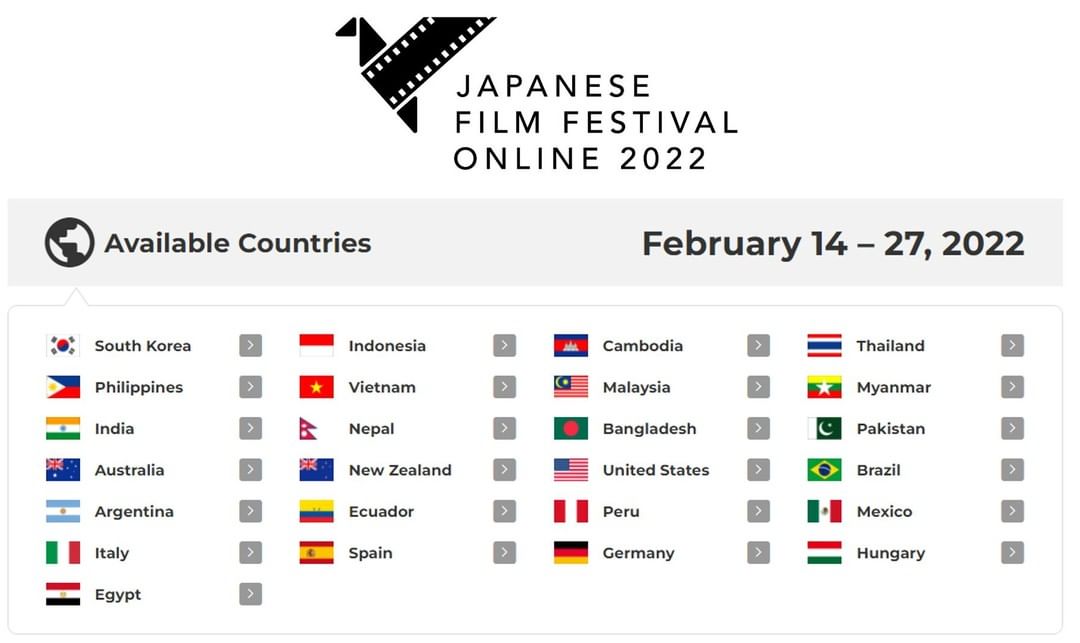 The Festival features 20 films from the latest releases classics. The list includes some big hits in theaters in Japan in 2021 such as Under the Open Sky, Aristocrats, and It’s a Summer Film!. In addition, documentaries that depict elements of Japanese culture, like SUMODO-The Successors of Samurai– and The God of Ramen, have been selected. Two animated films from director Yasuhiro Yoshiura, Time of EVE the Movie and Patema Inverted, will be featured in addition to a timeless classic which opened the door for Japanese cinema to reach the rest of the world, Akira Kurosawa’s RASHOMON. 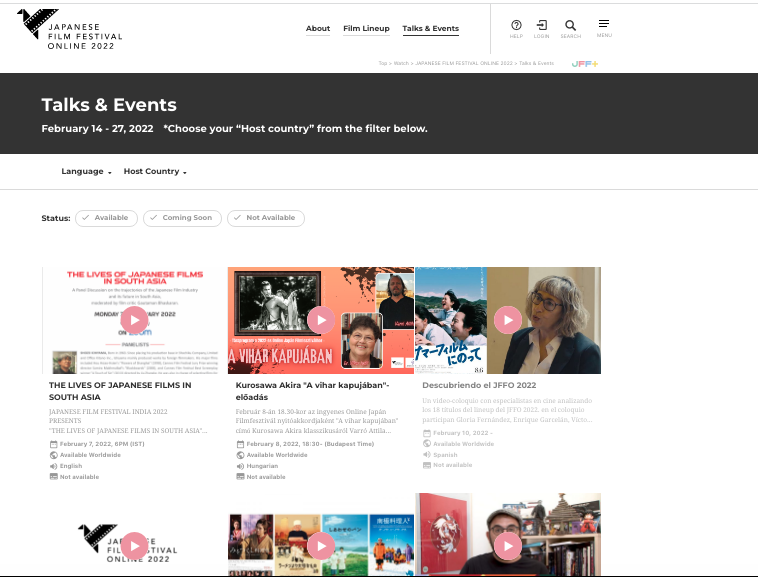 The JAPANESE FILM FESTIVAL ONLINE 2022 started on February 14 and ends on the 27. In addition to the streaming, we offer you a variety of Japanese cinema-related content including events and special feature articles published on the JFF+ website.

To join and watch these films, register here.