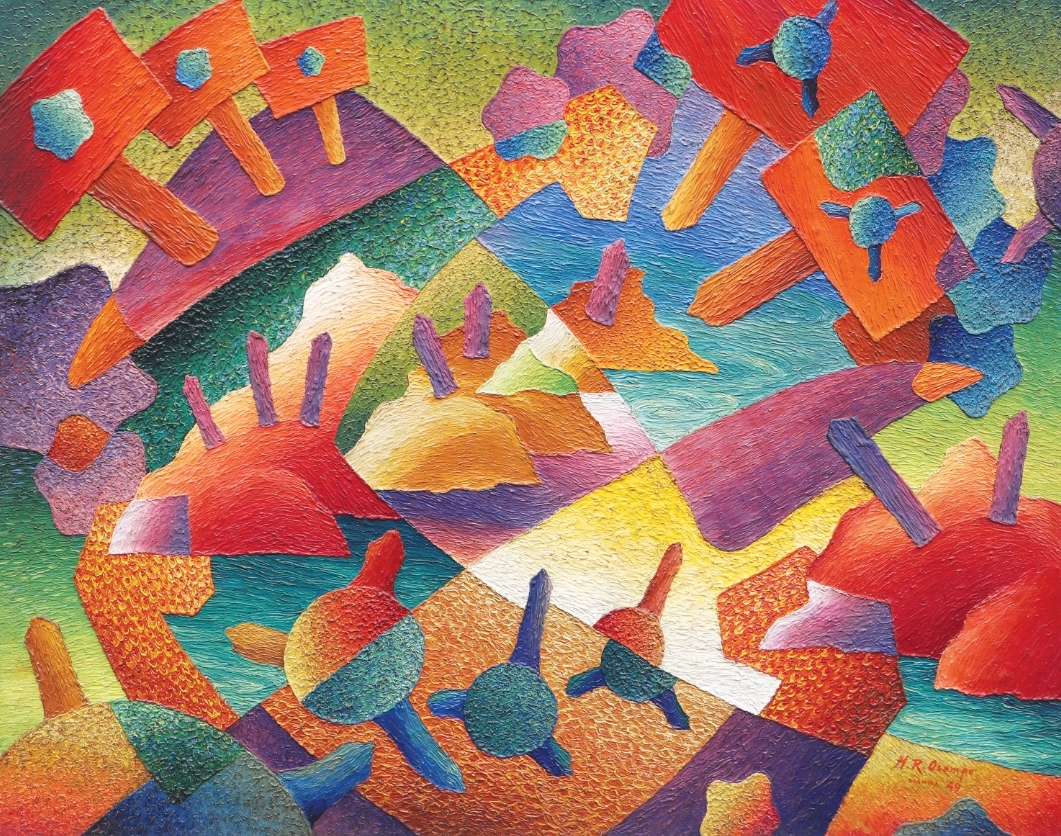 Tempo Rubato, literally “Robbed Time”, is a carnival of colors and forms that alludes to the discretionary freedom taken by musicians to make music that is more expressive, natural, and free. Indeed, this piece is a testimony to lost time for being representative of the artist’s transition to Neorealism, for being a milestone that marked the period after his detainment, and for being a loving paean to his wife, who passed on during his incarceration.

Homage to A Lady, on the other hand, is a swirling gem of emerald and citrine facets that came as a gift from then First Lady Imelda R. Marcos. It was painted in the same year Ocampo painted his most important work, “Genesis”, which hangs at the Main Theater of the Cultural Center of the Philippines.

It is a testament to Ocampo’s renown as the Father of Philippine Modern Abstraction. 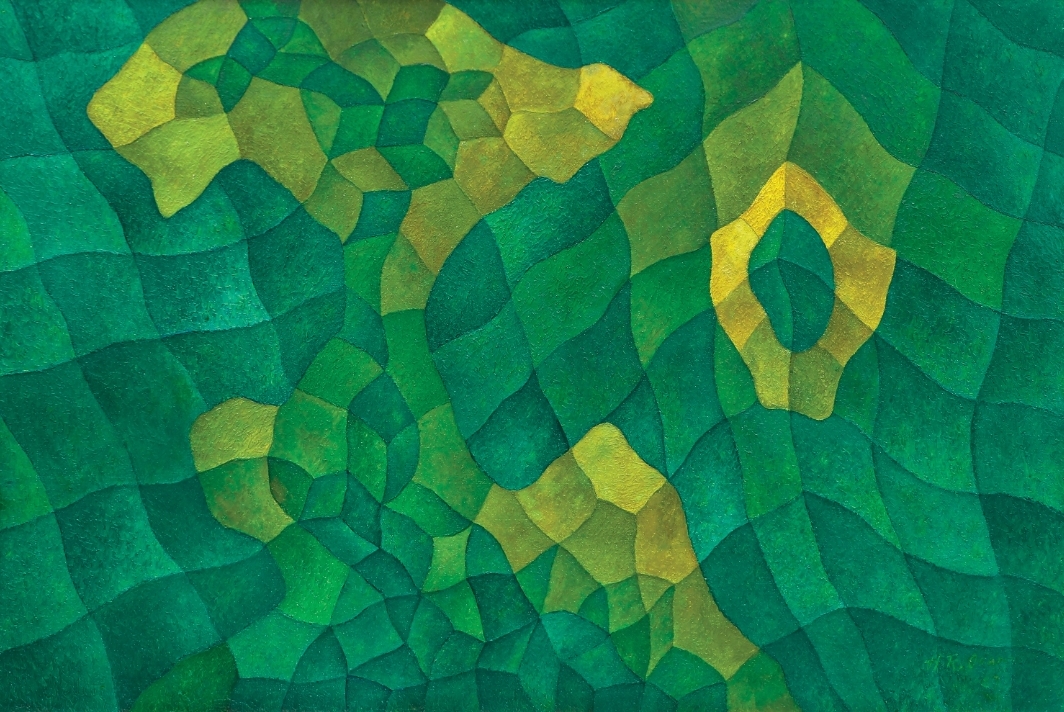 Homage to a Lady – HR Ocampo 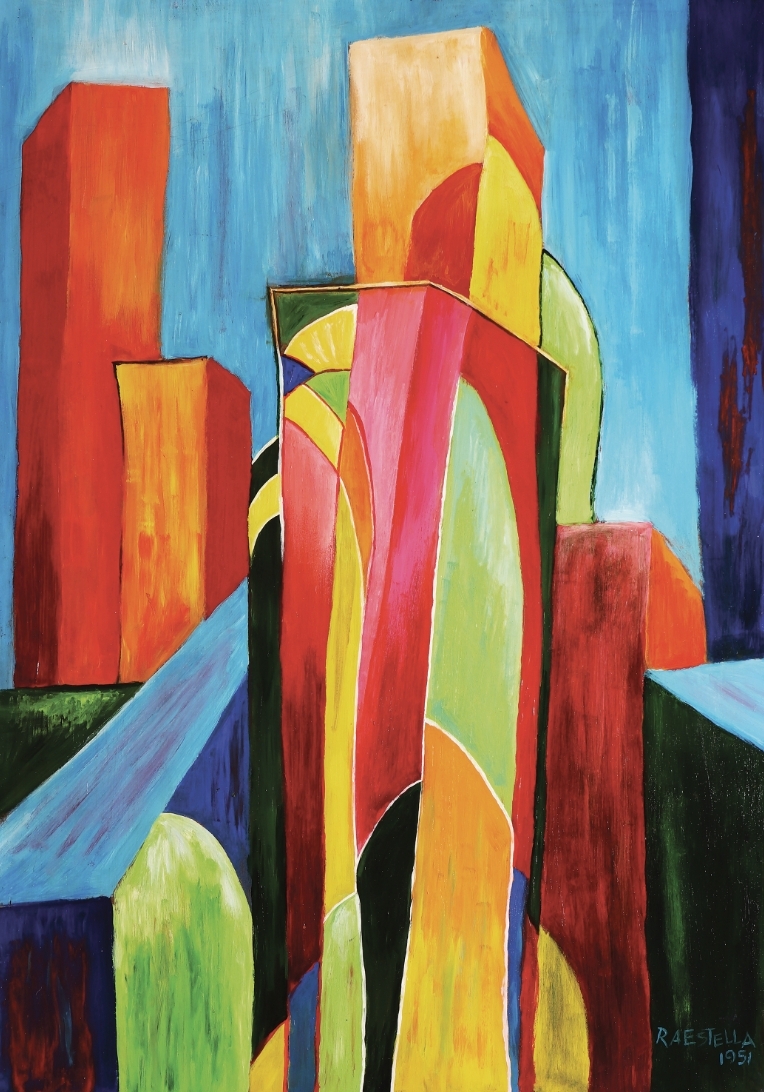 On June 17, 1950, Ocampo, Legaspi, Estella, Oteyza, and Romeo V. Tabuena had their first public exhibit at the Manila Hotel’s Rotary Room courtesy of the Art Association of the Philippines. 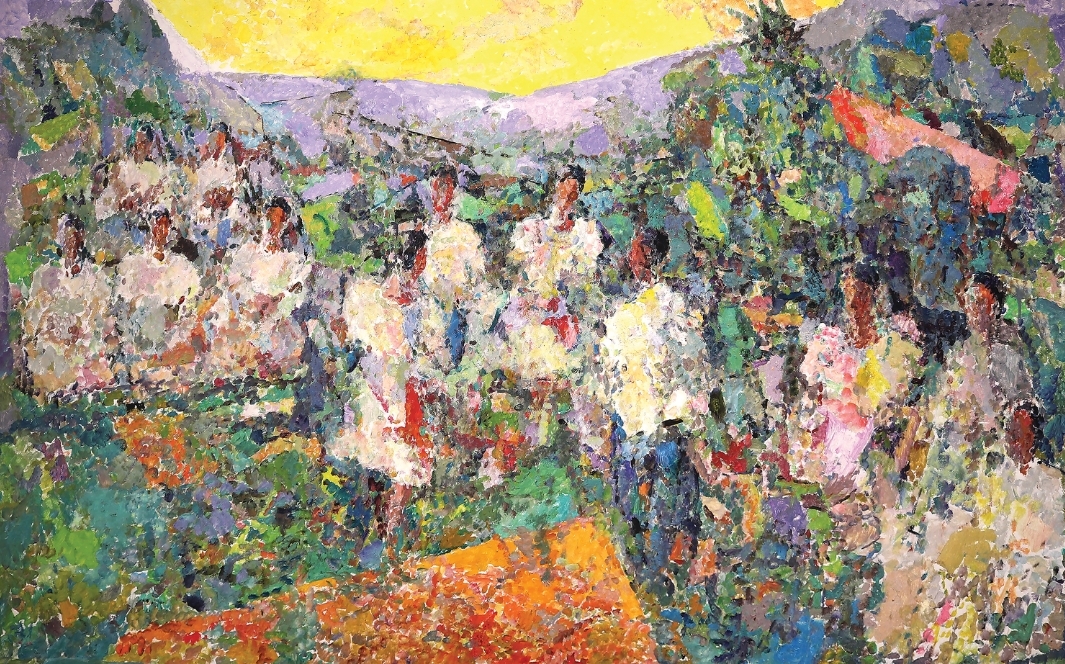 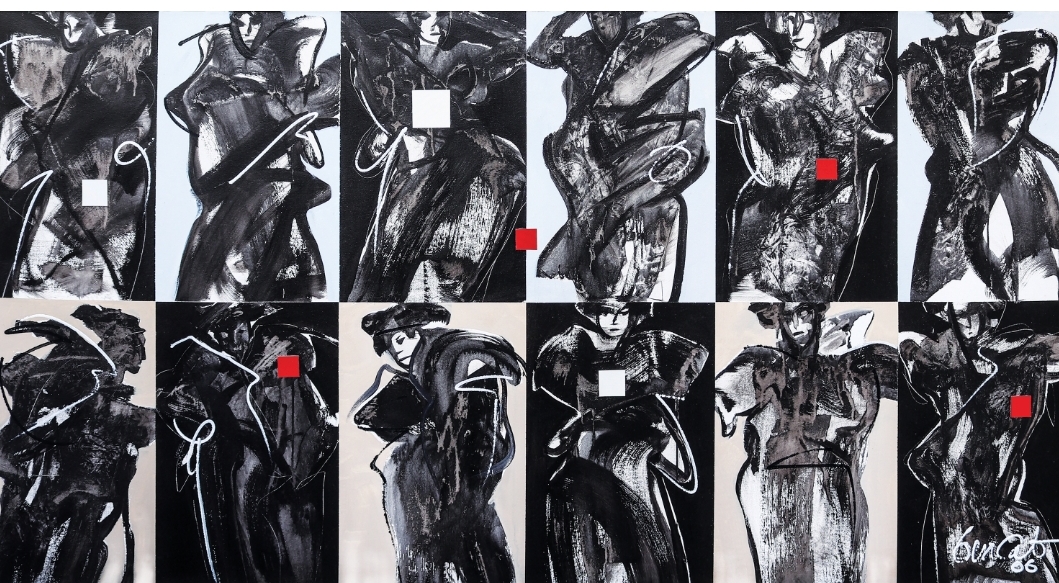 Spectacular gems from the living are the monochromatic abstractions of Sabel with red and white accents honoring Arturo Luz in “Homage to Turing” (45”x84”, acrylic on canvas, signed and dated 2006 lower right) by National Artist Benedicto “BenCab” Cabrera (b.1942); the strong green muscular women in “Bold with Passion” (58”x32”x1.5”, oil on wood, signed and dated 2019 lower left) by Lydia Velasco (b.1942); and, the satirical living room commentary in “Indoor Living II” (36”x60”, mixed media on canvas, signed and dated 2016 lower right) by Richard Quebral (b.1989). 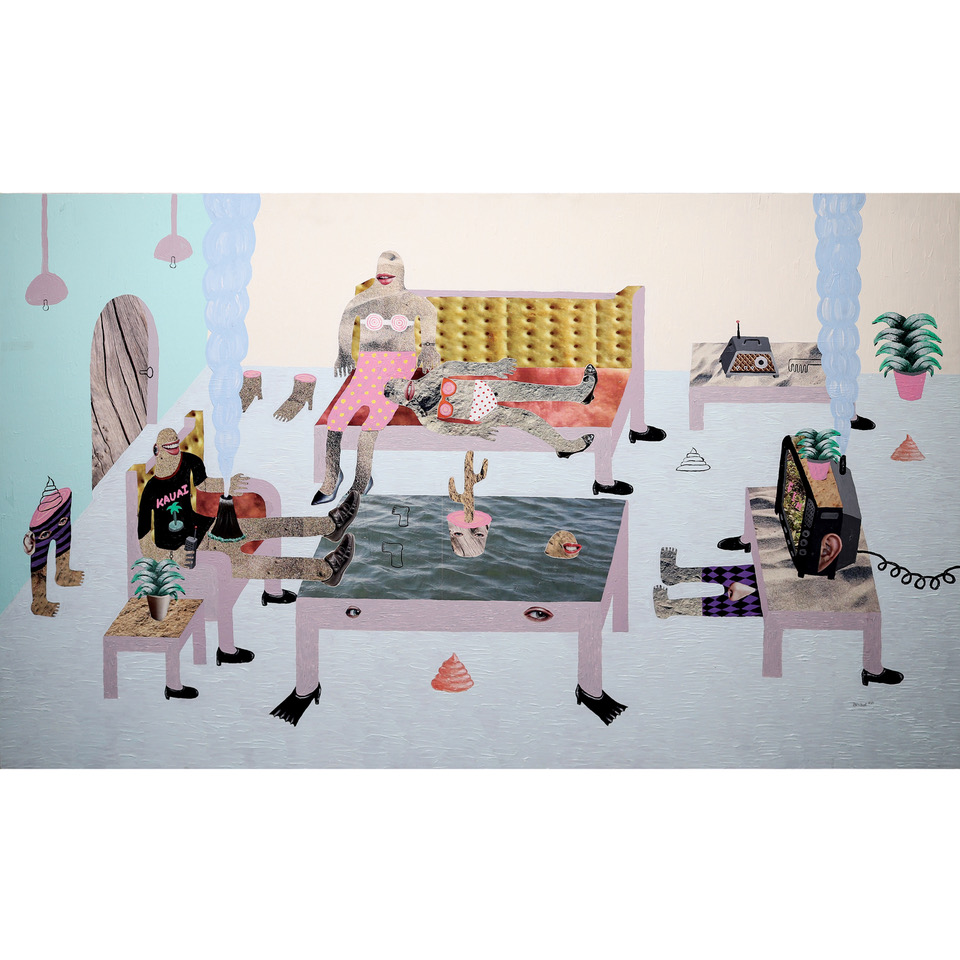 Also featured is a fascinating bucolic scene called “A Farmhouse in Normandy” (7.5”x9.5”, oil on board, signed lower right c1900) by Félix Resurrección Hidalgo (1855-1913) from the collection of Batangueño Antonio “Tony” Meer, the direct descendant of hero General Miguel Malvar.

These riverine compositions from a private collection in Bilbao, Spain are products of the classical art academy training of copying the works of the masters. 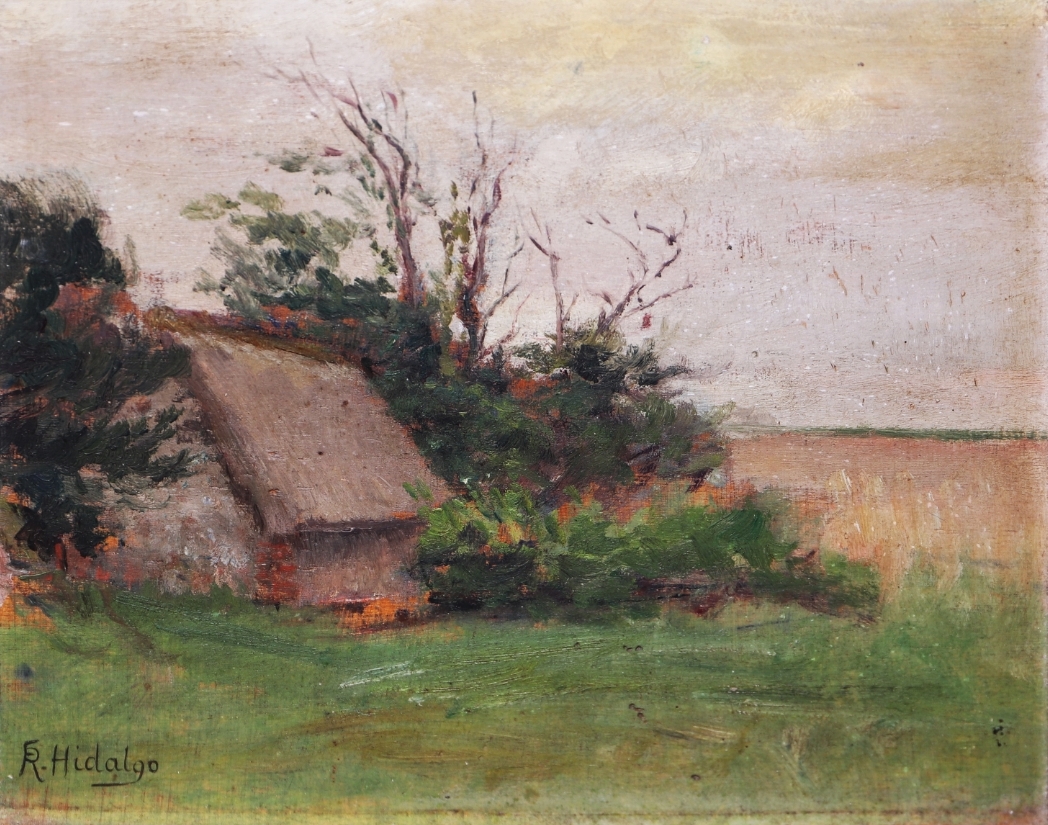 Felix Hidalgo – A Farmhouse in Normandy

Alongside artworks are equally remarkable finds: an 18th-century ivory La Sagrada Familia from the Don Antonio Bantug Collection, a late 19th-century molave Hagabi or Ifugao Prestige Bench from the Osmundo Esguerra Collection, and a historic Christmas letter of Juna Luna to his son, Andres Luna.

The preview of The Kingly Treasures Auction 2020 shall run from November 21 to 27, 2020, Saturday to Friday, from 9 a.m to 7 p.m at León Gallery located at Eurovilla I, Legaspi corner Rufino Streets, Legazpi Village, Makati City.

You can view the e-catalog and all the lots for auction at The Kingly Treasure December Auction 2020.