Built Environment: An Alternative Guide to Japan Travel Exhibition to Launch This September

The Japan Foundation, Manila (JFM) and the Metropolitan Museum of Manila, in cooperation with Embassy of Japan in the Philippines, has officially unveiled Built Environment: An Alternative Guide to Japan.

Build Environment: An Alternative Guide to Japan is a traveling exhibition that will be physically exhibited from September 1 to 30, 2020 at the Metropolitan Museum of Manila and will be launched during an online webinar and virtual tour on September 1. 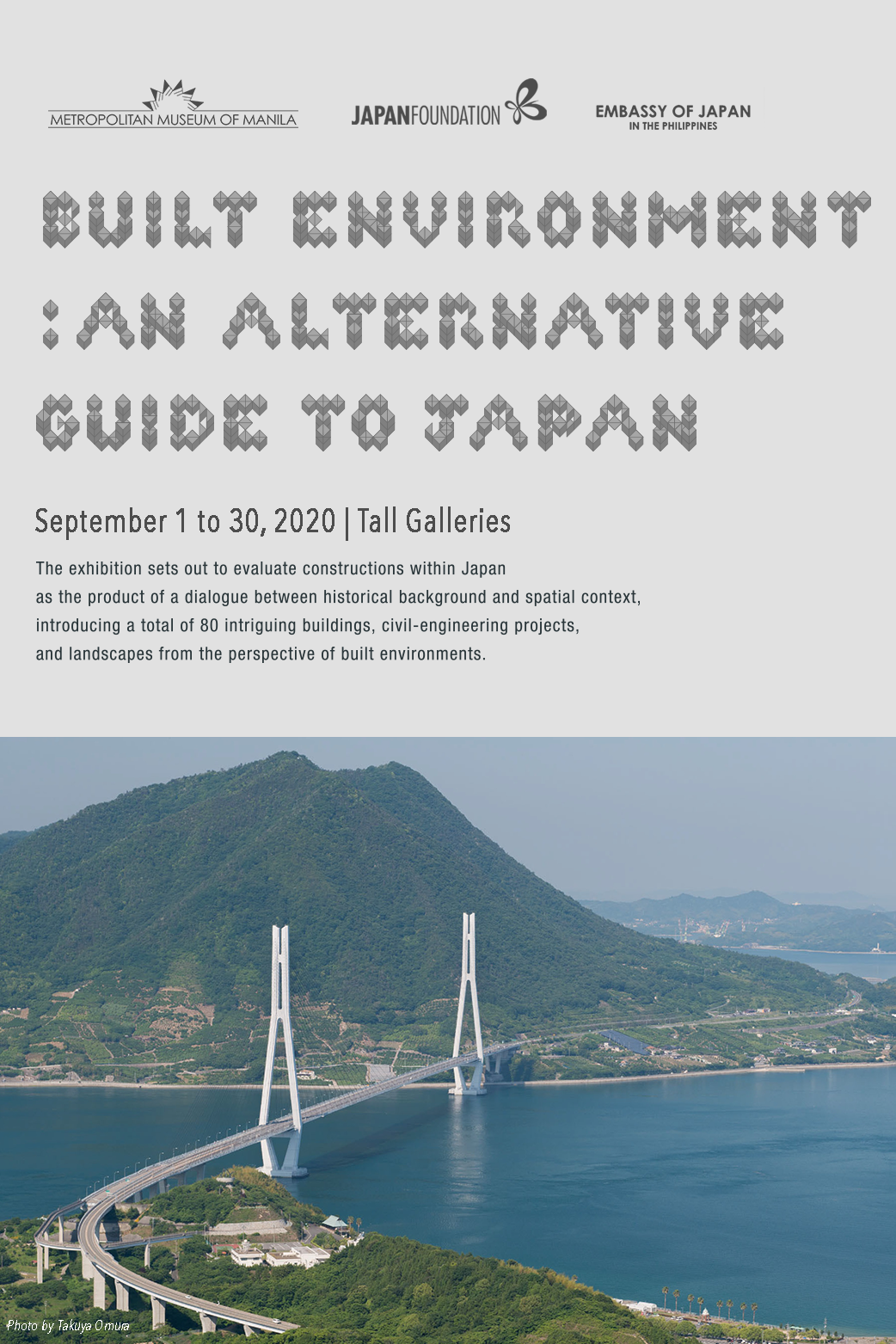 The exhibit presents a rarely considered aspect of Japan, taking the built environment of the various of regions of a country that is geographically diverse and often struck by natural disasters, with the aim of examining how Japanese people have engaged and struggled with the natural environment and how they have carried on and created locality.

The exhibition features photographs, texts, and videos to introduce a total of 80 buildings, civil engineering projects, and landscapes which extends from the modern era of the late 19th century to the present, and geographically, it includes at least one offering from each of Japan’s 47 prefectures. It has been exhibited in countries like Vietnam, South Korea, China, India, and more.

In view of the current restrictions on limited openings and gatherings, the exhibition will be launched on September 1, 2020, during an online webinar which will feature a virtual tour of the exhibition at the MET followed by a dialogue with the curator and a panel of Japanese and Philippine architects and an engineer focusing on the built environments both in Japan and the Philippines, using responsive design that withstands natural disasters including a perilous pandemic in both countries. 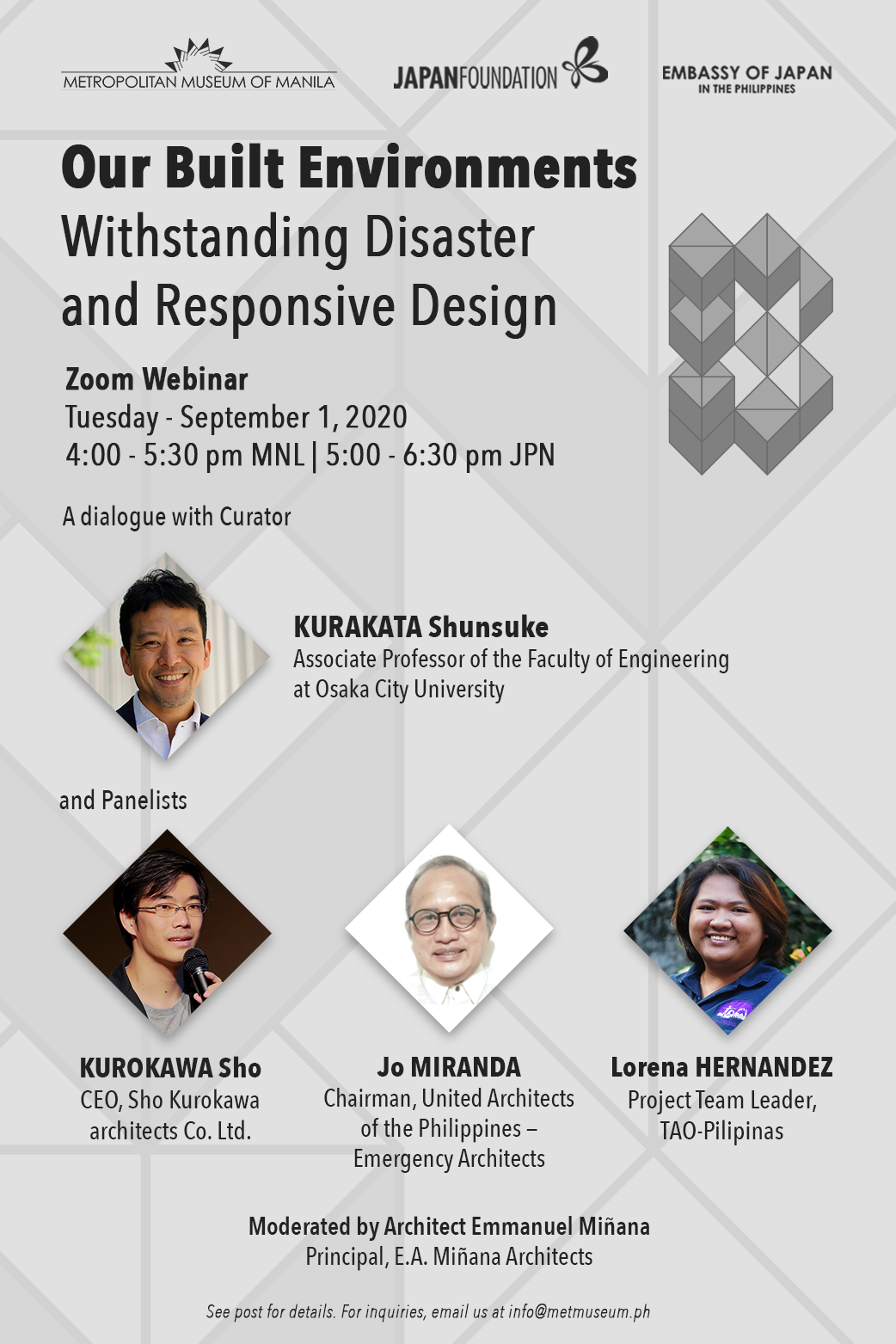 You can register through this link: http://bit.ly/OurBuiltEnvironmentsWebinar. Launch of the online exhibition video tour is via the Metropolitan Museum of Manila’s Youtube Channel and social media pages on Facebook and Instagram.

For the online gallery, you can check out metmuseum.ph/built-environment.

This is a press release. Minor edits were made prior to publishing.
Images courtesy of Metropolitan Museum of Manila and Japan Foundation Manila