The special concert is happening on March 27, 2020 at the Samsung Hall, SM Aura Premier in Taguig City. 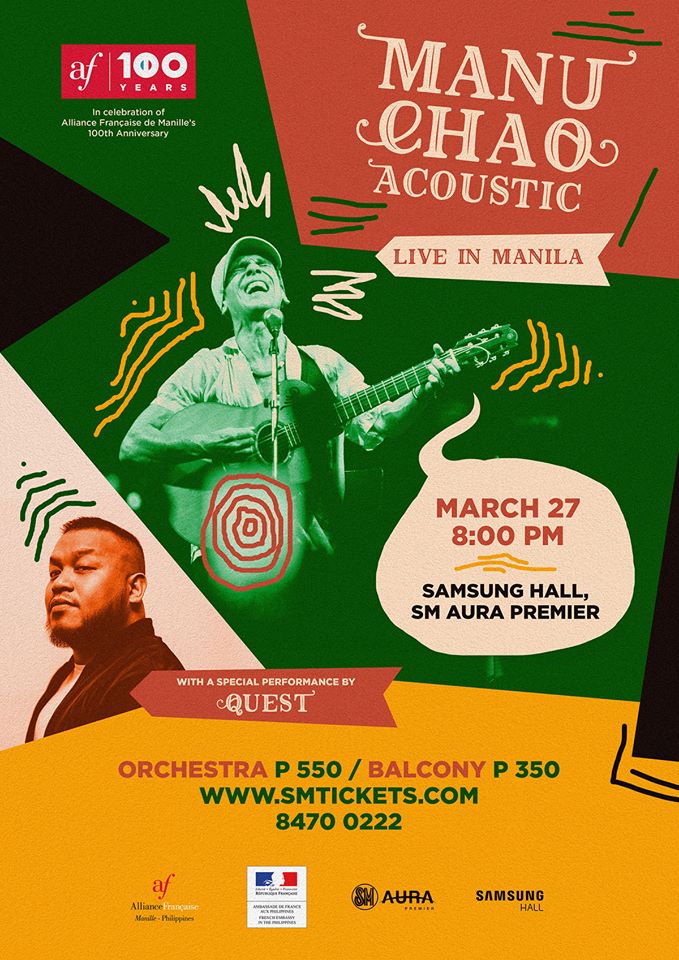 The French-born musician of Spanish origin sings in many tongues: French, Spanish, English, Italian, Arabic, Catalan, Galician, and Portuguese and occasionally in other languages. His career in music started in Paris where he busked and played with a variety of groups showcasing different languages and musical styles.

It was in 1987 when he founded the band Mano Negra with his brother Antoine Chao and some friends. After a successful run in Europe, the band broke up in 1995 and Manu became a solo artist. He toured on a regular with Radio Bemba, his live band.

Tickets for the special concert are available at all SM Tickets outlets nationwide and online through smtickets.com. Orchestra tickets costs Php 550, while the Balcony is at Php 350.

The Alliance Française de Manille is one of the most distinguished foreign cultural institutions in the Philippines. It is a non-profit organization founded in 1920 committed to promoting the French language and culture. Through art and educational programs, AFM encourages friendly relations between the Filipinos and French.