Boys Like Girls to Perform Greatest Hits in Manila This April

Boys Like Girls will make us all love drunk with their hits this April 16, 2020 at New Frontier Theater in Quezon City.

The American rock band will be heading to Manila for a one-night-only show and will be performing their self-titled album and greatest hits that made our senti hearts complete. 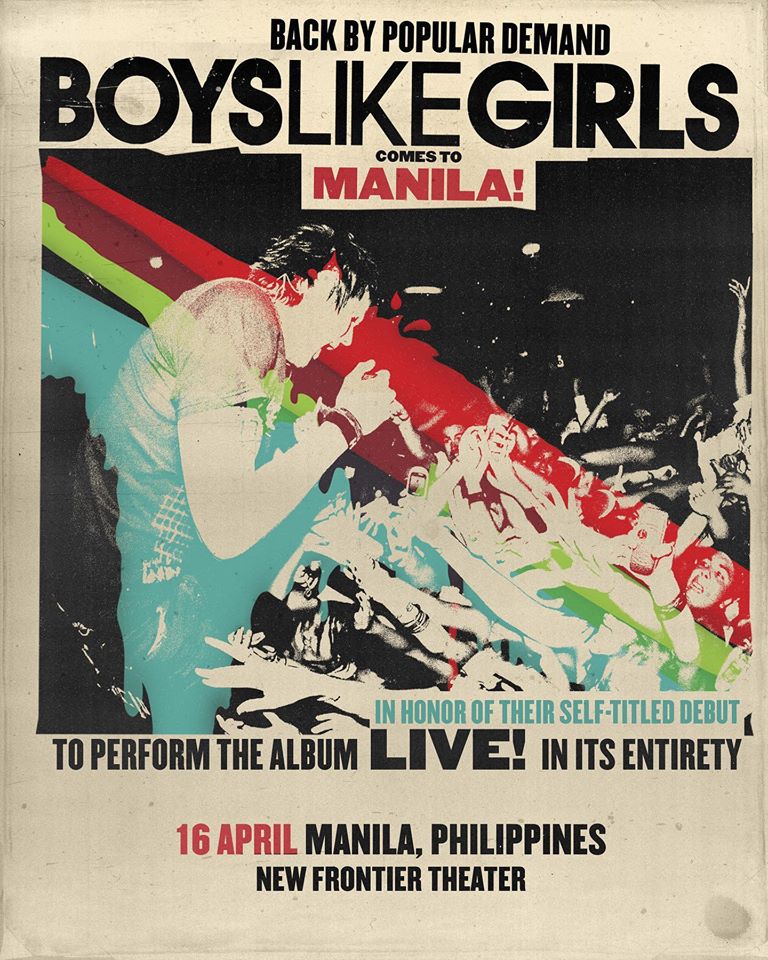 Boys Like Girls was formed in Boston, Massachusetts back in 2005 and gained mainstream recognition when they released their self-titled debut album, Boys Like Girls in 2006.

The album sold over 70,000 copies in the United States and earned a Gold Record from the Recording Industry Association of America. It also reached the 55th spot in the Billboard 200, which made their singles “Hero/Heroine,” “The Great Escape,” and “Thunder” widely recognized.

Following this self-titled album, the band released two more records—Love Drunk in 2009 and Crazy World in 2012, which added “Love Drunk,” “Two Is Better Than One,” and “Be Your Everything” to their list of hits.

After almost a decade, Boys Like Girls is back on the tour and will surely make the Philippine audience sing at the top of their lungs. Get ready for a huge wave of nostalgia!

Boys Like Girls Live in Manila is presented by Playback Music Festival. Tickets are now on sale at TicketNet outlets nationwide and online via ticketnet.com.ph starting at Php 2,600 for Orchestra Standing. 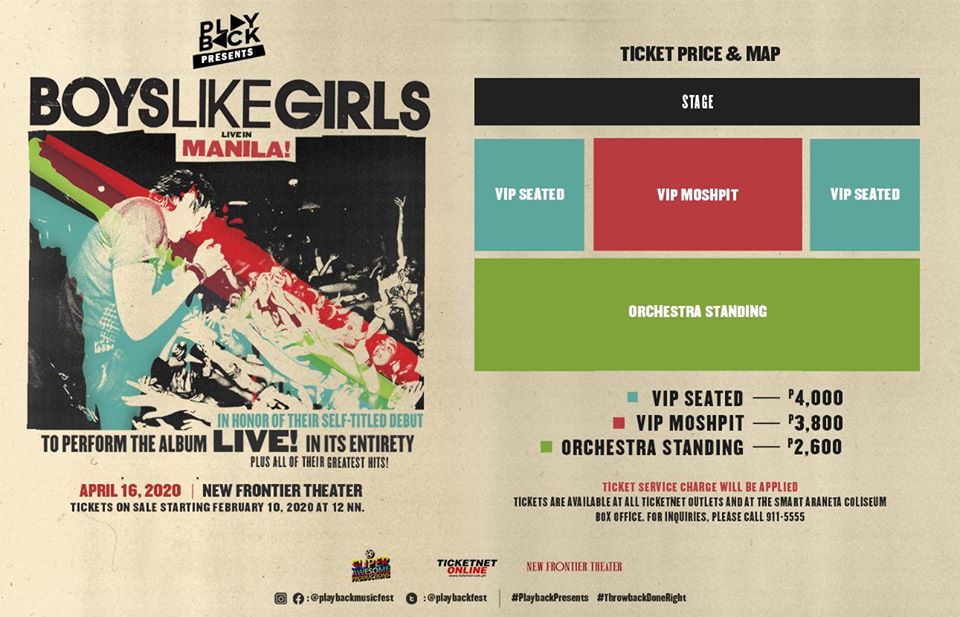 For updates and more information, be sure to check Playback Music Festival’s official Facebook page.