J.R. Richards of Dishwalla To Perform in 4 PH Cities in 2020

Already looking forward to the concerts scheduled for the first half of 2020? Well, you have all the more reason to as J.R. Richards, the former lead singer of the American rock band Dishwalla, is set to perform around the Philippines in 2020!

Aside from Manila, he will also grace the cities of Tagbilaran in Bohol, Cabanatuan, and Cebu beginning February 14, 2020. 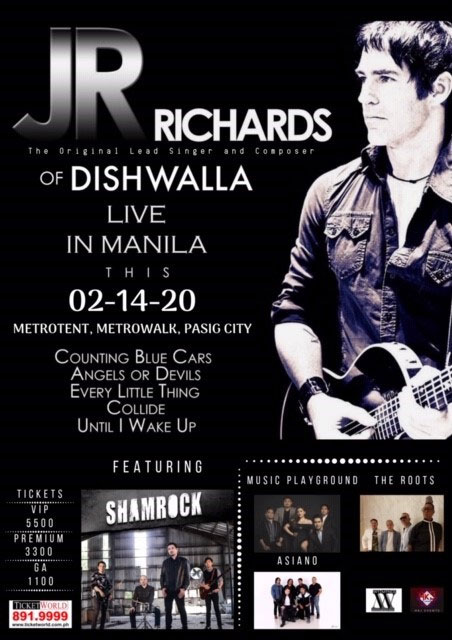 J.R. Richards primarily marked his name in the music industry in his time as the lead singer as well as the songwriter of his former band Dishwalla that introduced itself in 1994.

The band released 5 records, including the Platinum-selling ‘Pet Your Friends”. They also won a Billboard award for ‘Rock Song of the Year 1996 and two ASCAP Awards for “Song of The Year” in both 1997 and 1998 for the song “Counting Blue Cars”.

And as he took on the path of an independent artist, he has been ceaselessly putting forth artistry in the form of his solo music. Now, he has four albums under his name: A Beautiful End, Honore et Amore, Stripped, and Under The Cover.

During his concerts on the 14th and on the 16th, J.R. Richards will be accompanied by the Filipino local band Shamrock.

What: J.R. Richards of Dishwalla Live
When and Where: