American stand-up comedian and actor Dave Chappelle is coming to Manila to showcase his award-winning comedy stunt for the first time at The Theatre at Solaire Resort & Casino on January 14 and 15, 2020. 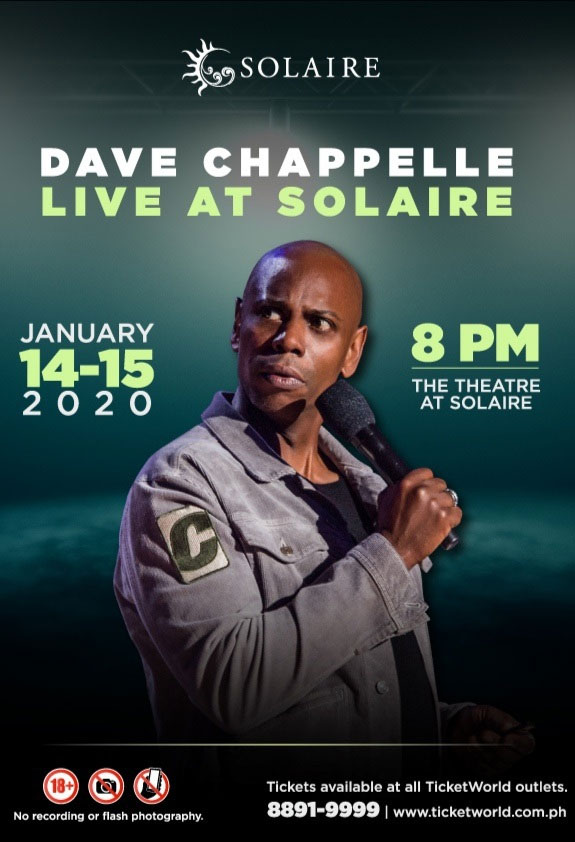 Arguably the most-touring comic on the circuit, Chappelle has performed more than 1,600 concerts worldwide in the past four years, with sold-out shows just minutes after their announcements.

Chapelle has made a trademark for his wit and sharp, irreverent social commentary that explores race, popular culture, politics, and fame earning him as an internationally recognized stand-up comedian.

He is even considered as one of the greatest comedians of all time by fellow comedians Katt Williams and Kevin Hart. 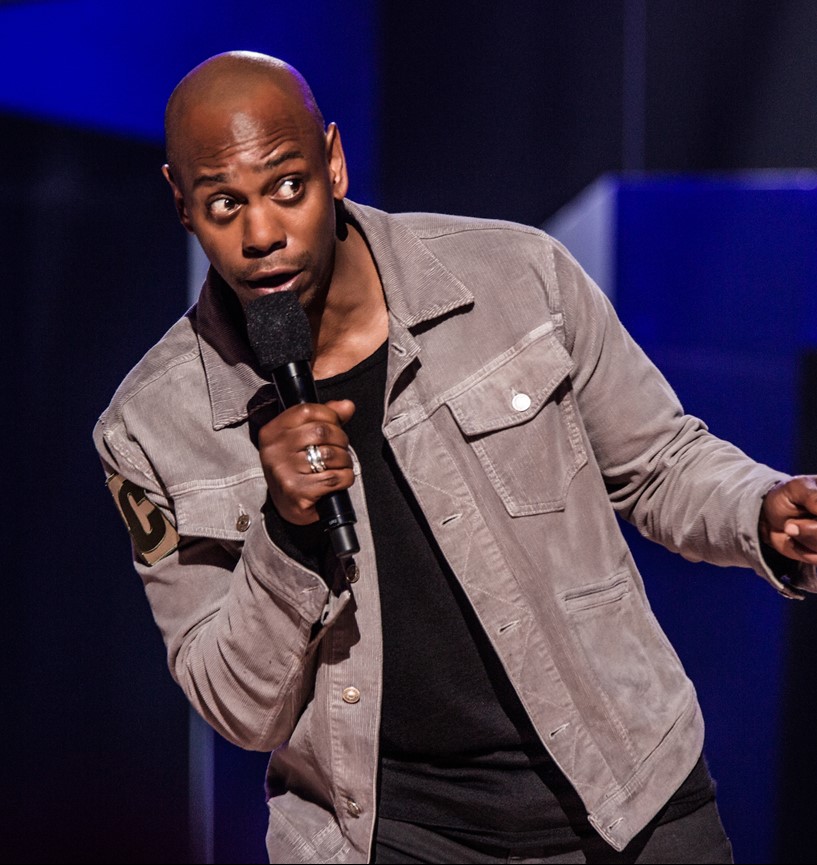 This year, Chappelle received the Mark Twain Prize for American Humor and released his fifth Netflix special titled “Sticks and Stones.” He was also nominated for a Grammy Award for the same title.

His four other highly-anticipated Netflix specials, namely “The Art of Spin,” “Deep in the Heart of Texas,” “Equanimity and The Bird Revelations,” all received Grammy Awards for Best Comedy Album in 2018 and 2019.

Furthermore, he also got his second Emmy award for Outstanding Variety Special with Equanimity in 2018.

Get ready to laugh your brains out for two consecutive nights as Dave Chapelle brings his funny antics from the west to east! The show starts at 8 p.m.

Take note that no cellphones, cameras or any recording devices are allowed at the show. The audience is required to place their gadgets in Yondr pouches, a patented locked phone pouch system for phone-free spaces, which will be provided during the event.

Tickets for Dave Chapelle Live at Solaire are now on sale at all Ticket World outlets and online, and Solaire Box Office. Prices start from Php 5,000 for Upper Box section to Php 25,000 for SVIP.