Updated as of April 20, 2020. The Pony Tour: Rex Orange County Live In Manila has been postponed in light of the COVID-19 situation. As per the announcement made by Insignia Presents on their official Twitter page, the event is postponed to a later date.

British singer-songwriter Rex Orange County is coming to Manila to bring his much-awaited The Pony Tour happening on May 16, 2020, at New Frontier Theater, Quezon City. 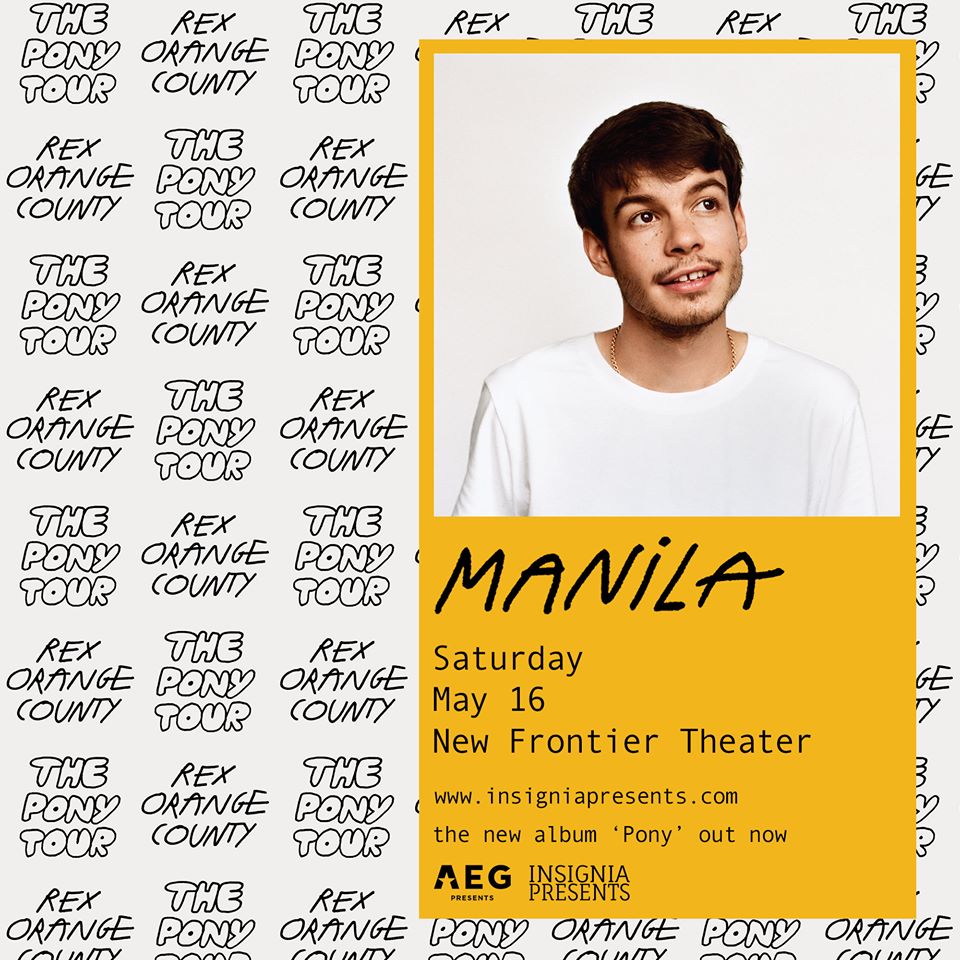 Alexander O’Connor—famously known as Rex Orange County, recently released his newest album titled Pony, which scored a top five in both the UK and U.S. charts.

The singer and multi-instrumentalist has also just completed a sold-out UK tour with three huge shows at O2 Academy Brixton.

Rex Orange County’s breakthrough started when he self-released his debut album ‘bcos u will never b free’ on Soundcould at the age of 18, which caught a huge wave of interest. He then proceeded to make his own proper album Apricot Princess in 2017, a tribute to his girlfriend.

This musical success is followed by a number two slot on the BBC’s Sound Of 2018 and a roster of tours around the globe.

Some of his famous hits include “Sunflower,” “Best Friend,” and “Loving is Easy”, which earned a huge following from the youth for its sincere lyrics reflecting love, life, and maturity.

The Pony Tour will start on January next year in the U.S. and will continue to Europe, Asia, and Australia. The Manila show is presented by Insignia Presents and AEG Presents Asia.

Tickets for Rex Orange County’s The Pony Tour Manila is available on Insignia Presents or at Ticketnet online and outlets. Prices start at Php 1,575 for Balcony, Php 2,635 for Lodge, and Php 3,675 for Orchestra Standing. 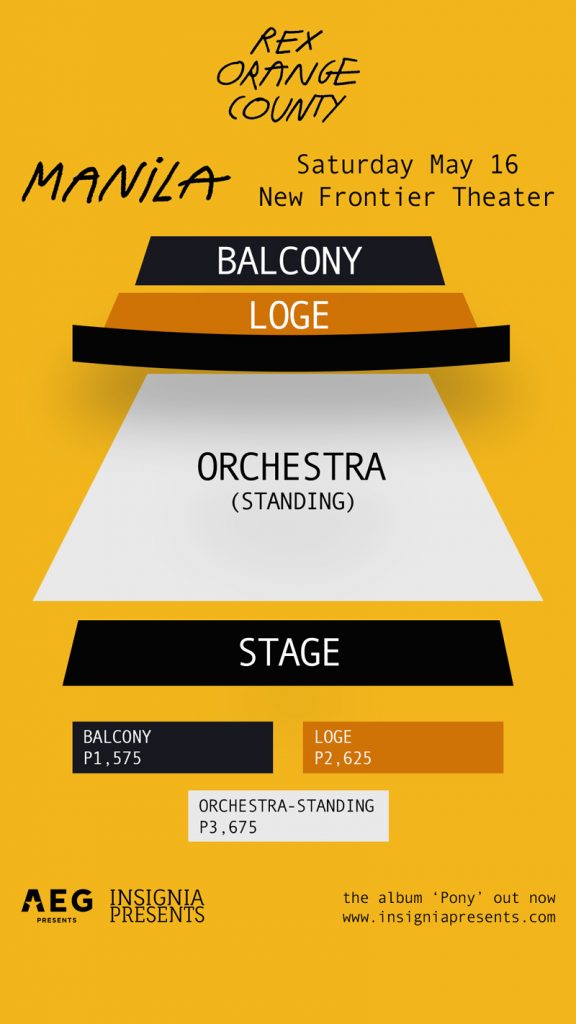