Updated as of February 6, 2020. 98 Degrees has released an announcement on their official Facebook page detailing the postponement of their performances scheduled this February. Instead, the performances will be rescheduled on May 16, 21, and 26 at Davao, Manila, and Cebu respectively.

Get ready for an ultimate throwback jamming as American Pop and R&B vocal group 98 Degrees performs their biggest hits from the 90s and 2000s! 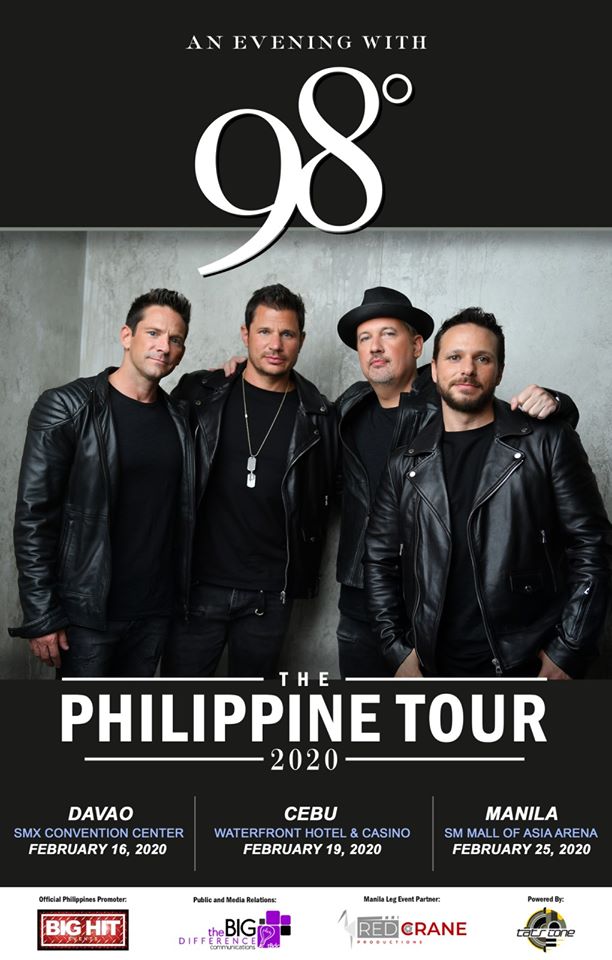 Comprised of Nick Lachey, Drew Lachey, Jeff Timmons, and Justin Jeffre, the quartet was formed in 1996 and released their debut single the following year titled “Invisible Man,” which ranked at No. 12 on the Billboard Hot 100.

They continued to rose to fame after the band’s first major hit “Because of You” reached platinum record and topped at number three on the U.S. Hot 100. Other notable songs from their arsenal of tracks are “I do,” “The Greatest Thing,” and “True to Your Heart” duet with Stevie Wonder.

Tickets are now on sale at SM Tickets online and outlets nationwide. Ticket prices for the Manila show start from Php 1,890 for General Admission to Php 8,500 for SVIP. Prices may vary for the Cebu and Davao show. 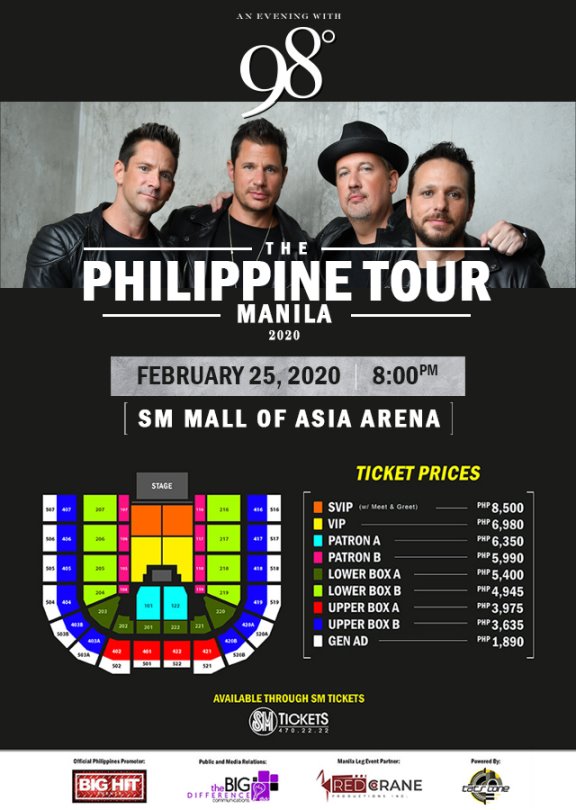 Presented by Big Hit Events Management, 98 Degrees is set to raise the temperature in Manila, Cebu, and Davao this February!

* Ticket prices may vary for the Cebu and Davao show
Facebook: facebook.com/98degreesphilippines / facebook.com/bighitevents