International multi-platinum selling artist Khalid is coming back to Manila for his much-awaited headline ‘Khalid Free Spirit World Tour’ happening on April 2, 2020 at the Mall of Asia Arena. 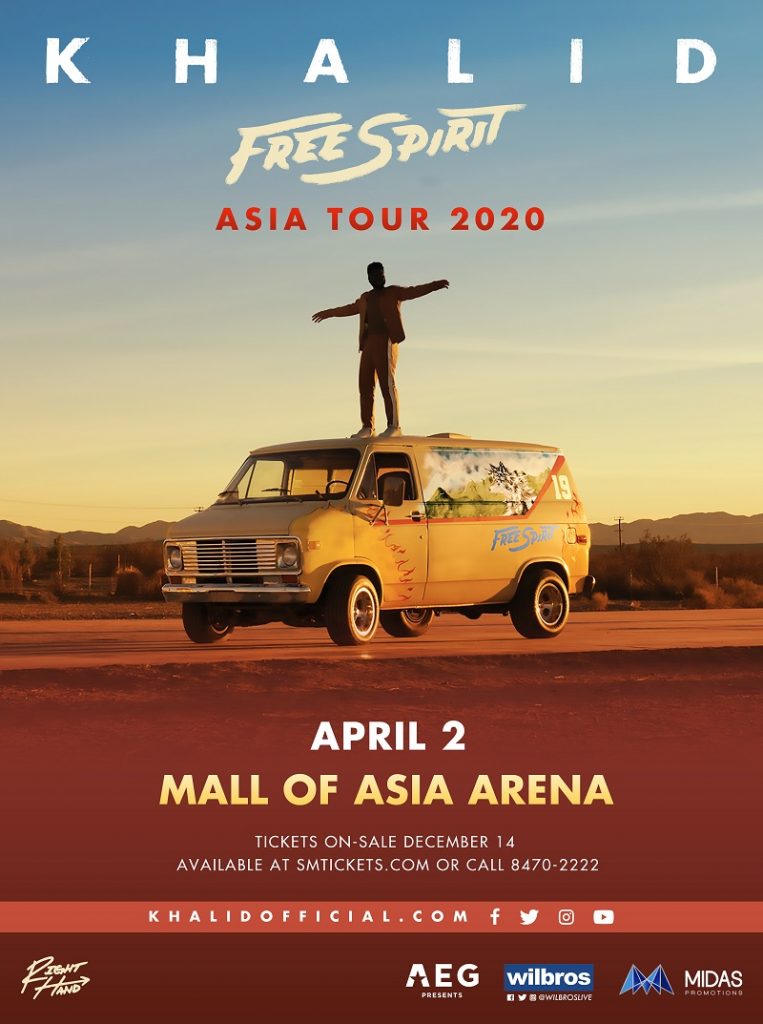 The breakout R&B and pop-soul star bring a new roaster of songs that fans will surely love in his highly anticipated new album Free Spirit.

Among the singles in his new album are “Free Spirit”, “Right Back”, “Better”, and the lead single “Talk”, which was released in February 2019.

Since releasing his debut hit single “Location” in 2016, which went on to go quadruple platinum, Khalid has continued to cement his global status as one of music’s most promising breakout stars.

He has already won six Grammy Awards and four American Music Awards for the past years.

Already accumulating a stellar array of awards and wins from the likes of MTV, Billboard, and BET, his Asia tour offers his legion of loyal fans a chance to experience his latest musical offering.

This is a press release. Edits were made prior to publishing.
Image courtesy of Wilbros Live