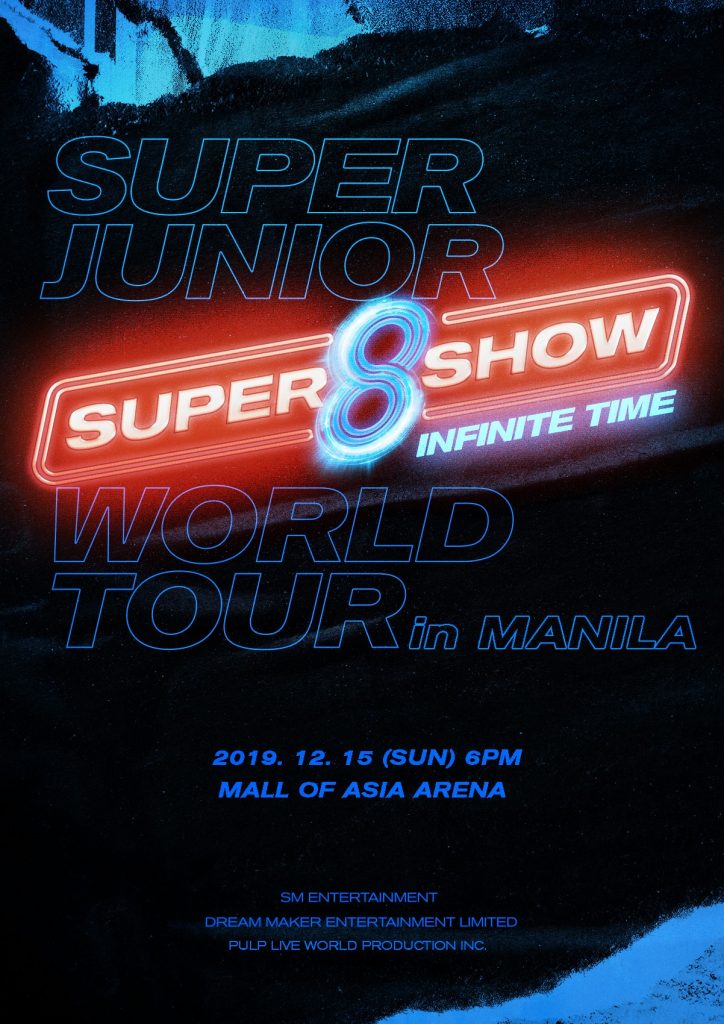 Presented by SM Entertainment, Dream Maker Entertainment Limited, and PULP Live World, Super Junior is set to make their grand return to the country in the much-awaited concert of the year as they also celebrate their 14 years in the industry.

As one of the pillars of the Hallyu wave in the country, SuJu continues to bring unparalleled talent and impact to their massive fanbase all over the world since the band was formed in 2005.

They rose to shine after releasing their album Sorry, Sorry in 2009 that carries the group’s best-selling single of the same name. Some of SuJu’s popular singles are Bonamana, Mr. Simple, Sexy, Free, and Single, and Lo Siento.

Super Junior has also been dominating the concert stage through their Super Show concert series since 2008 every year until 2015, with missing members for each year due to military service.

To date, they already made nine studio albums, including their newly released Time Slip album with a lead single, Super Clap.

Three singles have been pre-released last month such as Somebody New, The Crown, and I Think I.

The group’s most recent visit to the country was in June 2018 for their Super Show 7 in Manila.