Valentine’s Day is fast approaching and get ready to be serenaded by one of the renowned bands in the world. The American boy band Boyce Avenue will make their way back to Manila on February 16, 2020 at Araneta Coliseum, Cubao. 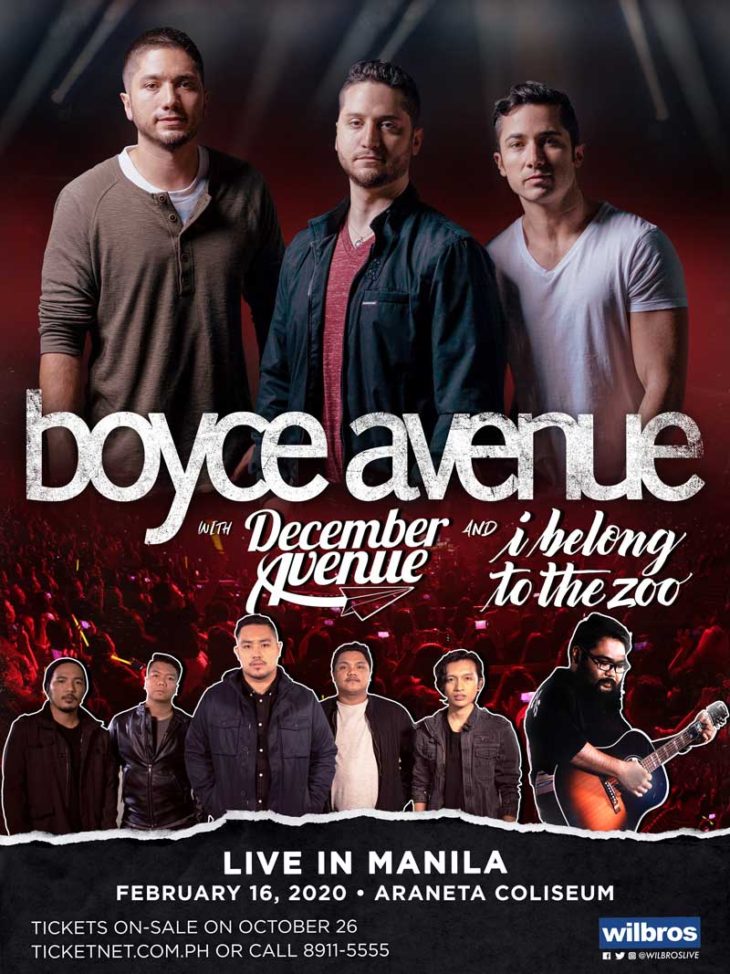 Along with Boyce Avenue, local bands December Avenue and I Belong To The Zoo will also be present to serenade the audience.

Both bands are known for producing chart-topping hugot songs including December Avenue’s Kung ‘Di Rin Lang Ikaw and I Belong to the Zoo’s Sana. Prepare yourselves as they will surely perform heart touching songs at the concert! 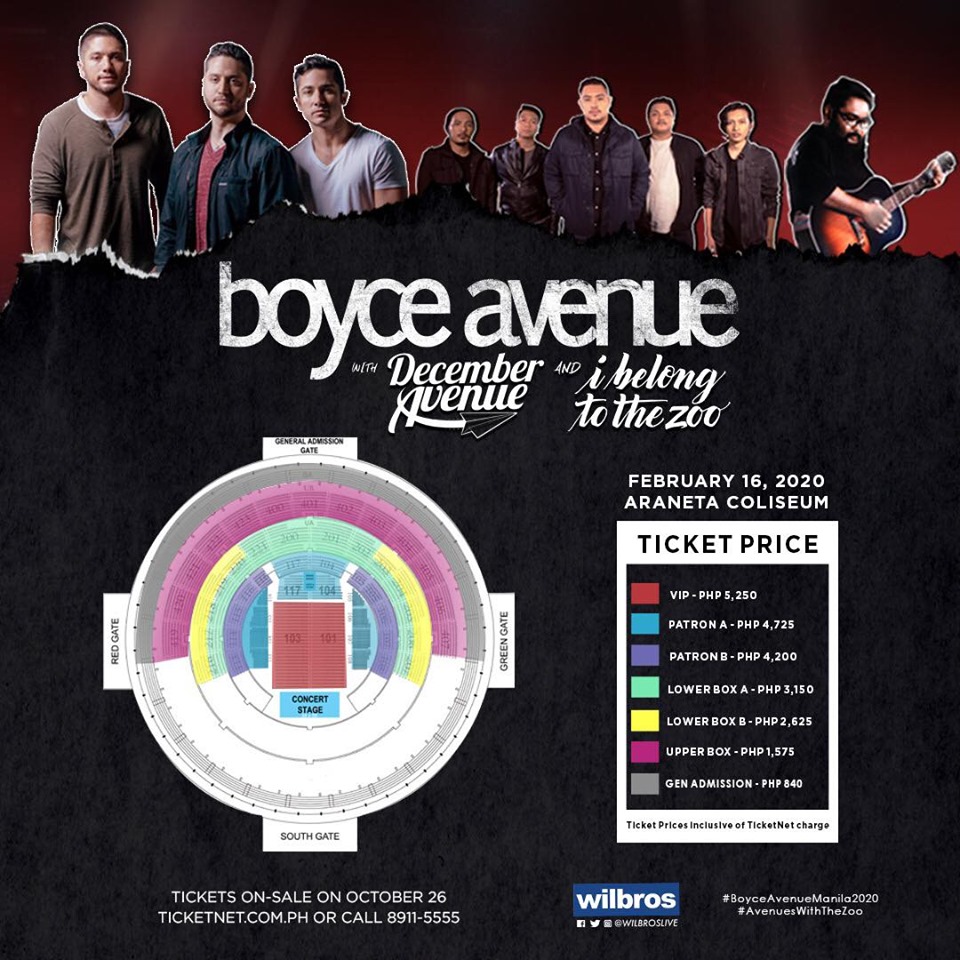 The independent band performed in the Philippines last June 2018 together with Filipina singer and songwriter, Moira dela Torre. Said concert was certainly a success, jampacked with Moira and Boyce Avenue’s avid fans.

Boyce Avenue became popular for its covers such as Fast Car, We Found Love, Yellow, Just the way you are, Iris, and Torn, making them garner over 13.2 million subscribers on Youtube!

Make your Valentine weekend a memorable one by attending the much-awaited concert in 2020!