For the second part of their 37th Concert Season titled Gold: Classical Musical Treasures, Philippine Philharmonic Orchestra (PPO) partnered with the Embassy of France to bring a night of musical mastery like no other.

Catch the concert on October 25, 2019 at the CCP Main Theater, Pasay City. 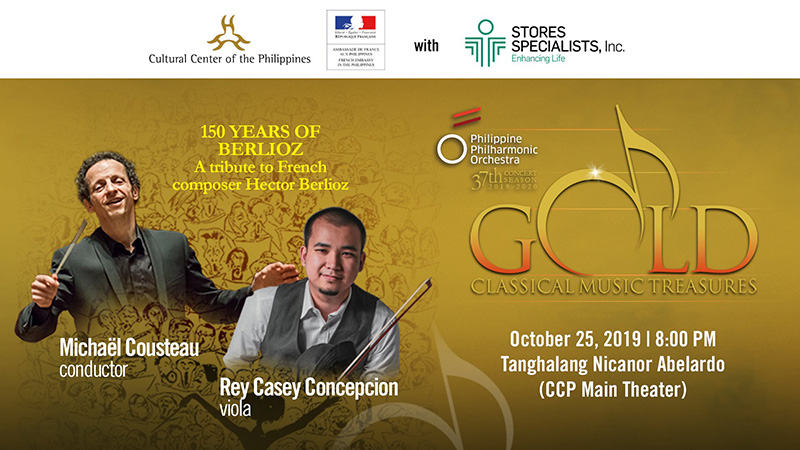 For this show, PPO will play alongside French musical conductor Michaël Cousteau and one of the country’s rising violists Rey Casey Concepcion.

Concepcion won first prize for the Viola Category of the 2007 National Music Competition for Young Artists. He, later on, became the violist of Quartetto Espressivo that also competed in the aforementioned competition.

Maestro Michaël Cousteau, meanwhile, hails from France and has an established career as a musician because of his versatility.

Cousteau has an operatic and symphonic repertoire that features Baroque on period instruments and contemporary works.

This concert highlights a tribute to French composer Hector Berlioz and his 150 years of music, along with other period pieces from Wagner, Liszt and of course, Berlioz.

Tickets start at Php 400 and are available at the CCP Box Office.

For more information, you may visit the Philippine Philharmonic Orchestra’s official Facebook page. For ticket inquiries, you may contact CCP Box Office at 02-832-3704 or 02-832-3706.