IU Brings Her Love, Poem Tour to Manila in December

Update: Tickets for IU’s Love, Poem Concert Tour in Manila is officially sold out as of November 17.

Uaenas have another reason to celebrate as one of Korea’s brightest stars IU is coming to the Philippines for her Love, Poem Concert Tour! This concert will be staged on December 13, 2019 at the Smart Araneta Coliseum in Quezon City. 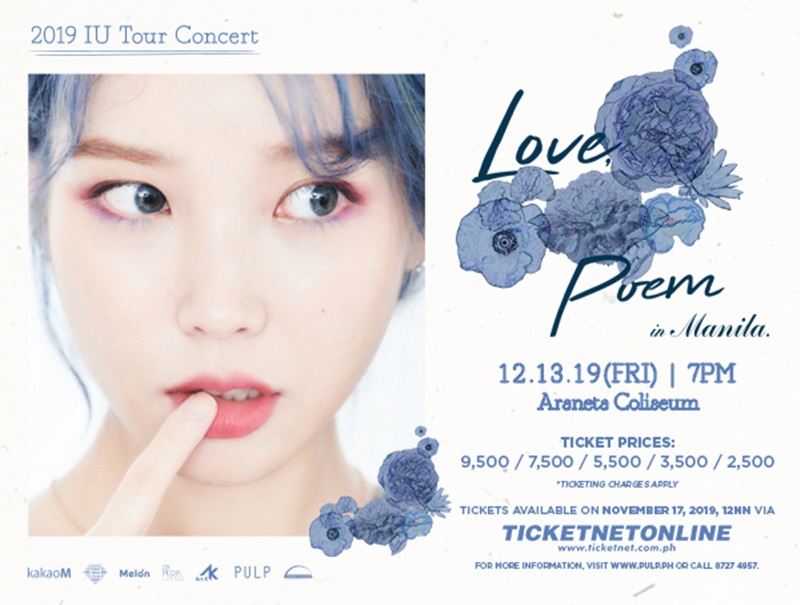 Lee Ji-eun, most known as IU, debuted in 2008 with her single Lost Child. She was awarded Rookie of the Month by South Korea’s Ministry of Culture, Sports and Tourism on the same year.

Her rise to fame came in 2010 when she released the single Good Day, which topped South Korea’s Gaon Digital Chart for five weeks. She also joined the cast of Heroes, a South Korean variety show.

Following her appearances on Heroes, IU was then cast in the 2011 drama Dream High, where she made her acting debut as Kim Pil-Sook. This paved the way for her to star in dramas such as Bel Ami, Moon Lovers: Scarlet Heart Ryeo, and even the Netflix original, Persona.

By 2012, IU not only made her Japanese debut but also embarked on her first solo tour in six cities across South Korea. IU also won two awards at the 2012 Seoul Music Awards, specifically the Record of the Year and the Main Prize, where she was among the ten musical acts to receive the award.

Meanwhile, at the Korean Music Awards, IU was named Female Musician of the Year (Netizen Vote), while Good Day was hailed as Song of the Year and Best Pop Song.

Manila is the seventh stop in IU’s tour. Other countries include Singapore, Thailand, Indonesia, among others.

Tickets are priced starting from Php 2,500 for Box B to Php 9,500 for VIP Seated. Get your tickets on Ticketnet online. 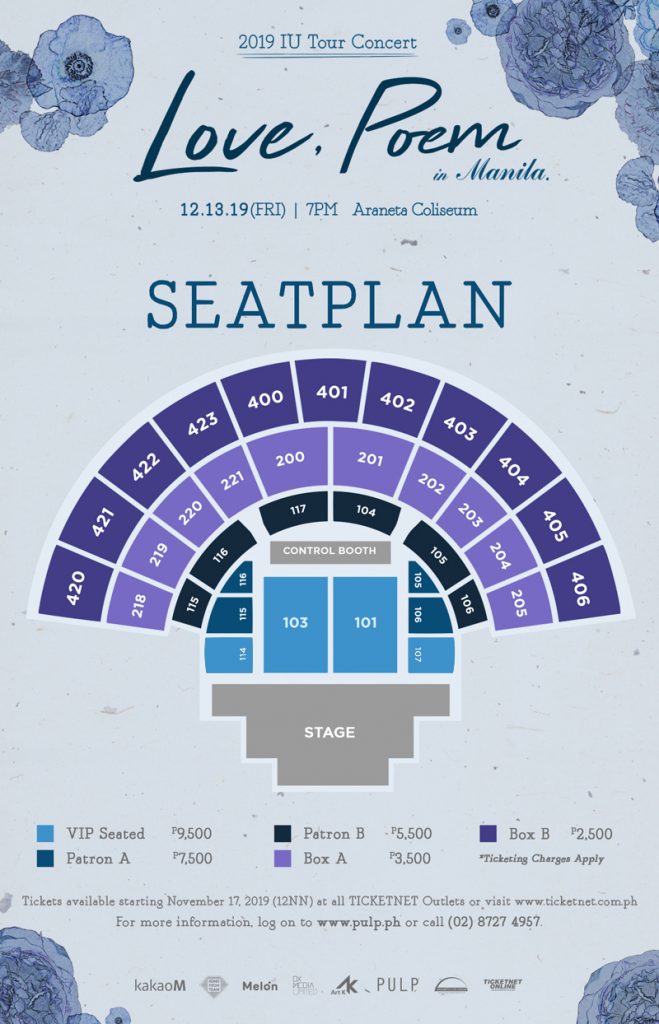 For more information, visit www.pulp.ph or call 02-8727-4957. Also, keep an eye on IU’s official Twitter for updates and details about the tour.