As part of his Asia Tour 2019, Luke Holland is coming back to the Philippines on September 6, 2019 at the SkyDome, SM North EDSA.

The 26-year old drummer and musician from Arizona is best known for his trending drum cover videos that he uploads on his Youtube channel, LukeHollandDrums. 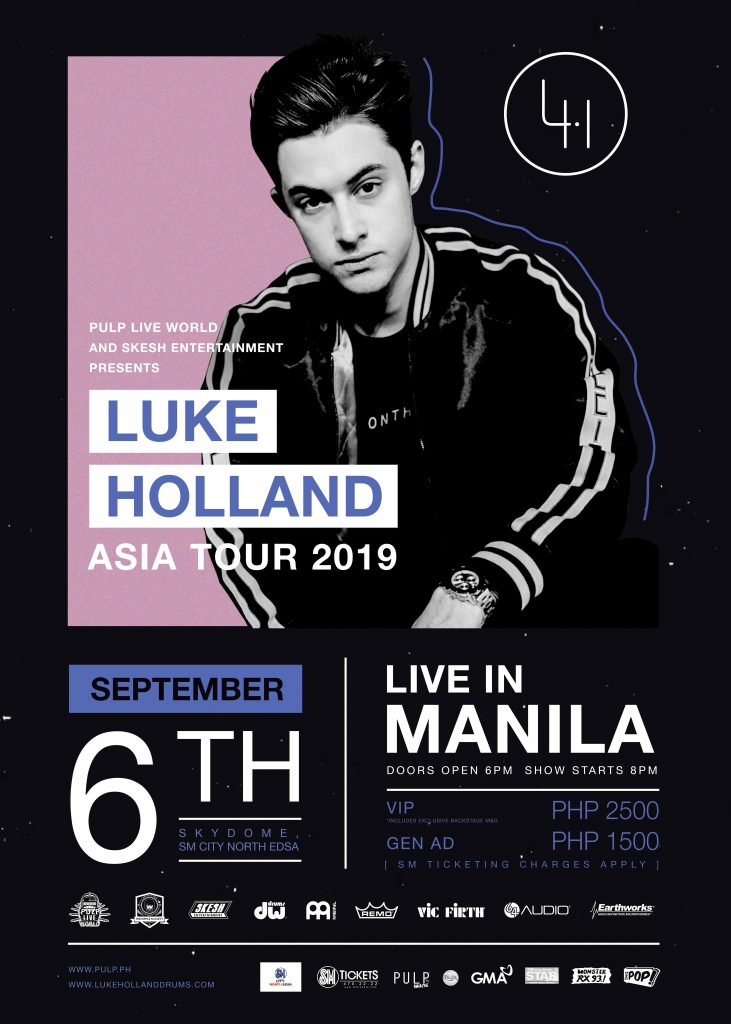 Luke created the channel back in 2009 and has since earned over half a million subscribers and 85 million video views.

His drum covers range from pop to alternative to EDM. He also recently delved into the world of K-Pop, making covers of BLACKPINK’s DDU-DU DDU-DU and BTS’ Fake Love.

Metalcore fans may also know him from the band The Word Alive, where he played the drums from 2012 before leaving in 2016 to pursue other musical endeavors, such as his Youtube channel and session work—even teaching drums.

During his stint in the band, he got to visit the Philippines when they played at PULP Summer Slam XV: Angels Descend in 2015.

Buy your tickets now at any SM Tickets outlet nationwide or at online at smtickets.com. The prices are as follows:

Proceeds of the show are for the benefit of The Ripple Society, a youth-oriented non-profit organization. It aims to gather the youth to take part in events and programs that could bring positive change to society, empowering them one day at a time.

Looking for a cool show to go to next month?Luke Holland is inviting you to come to his Manila stop on September 6 at the Skydome SM City North EDSA. Proceeds from this show will be for the benefit of The Ripple Society so while you're rocking out to his beats, you're also contributing to the goal of the organization in empowering the youth in our society.Buy your tickets now via SM Tickets outlets or online through bit.ly/LukeHollandTicketing.#LukeHollandinMNL#LHAsia2019