Catch the Grammy-award winning singer, songwriter, and record producer Miguel perform his top hits live at The Island at The Palace, Uptown Bonifacio happening on October 9, 2019. 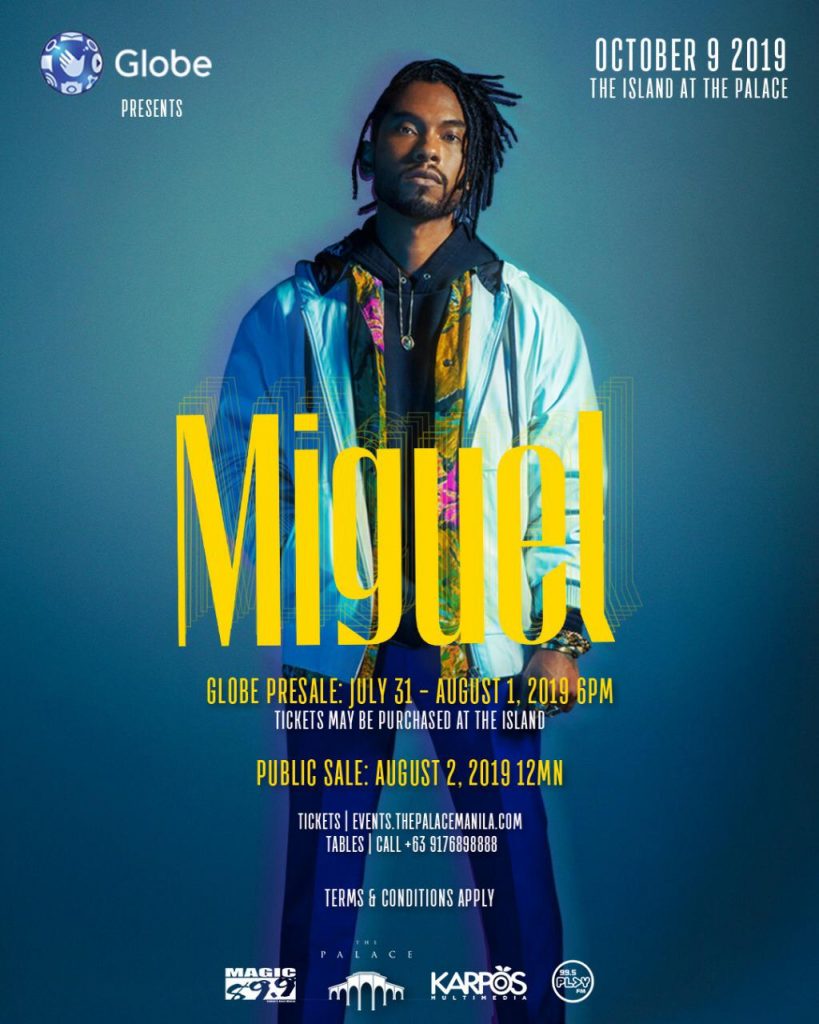 Born Miguel Jontel Pimentel, the “Adorn” singer pursued his music career at the age of thirteen. He then released his debut studio album, All I Want Is You, in November 2010.

Miguel is one of the new wave R&B artists in the music industry, including Frank Ocean, The Weekend, and Elle Varner. He incorporates different music styles into his music like R&B, hip hop, funk, rock, and electronic, which has been widely compared to known vocalists such as Babyface and Prince.

Presented by Globe and Karpos Multimedia, watch Miguel perform some of his top songs live, such as Adorn, Sky Walker, Sure Thing, Pineapple Skies, among others as you enjoy your drinks!

Regular tickets are priced at Php 3,500 exclusive of a service fee. Tickets are available at events.thepalacemanila.com.

Take note that minors are not allowed inside The Palace. Present your valid I.D. upon entry.

For inquiries and reservations, call The Island at 0917-689-8888. You may also follow the event’s Facebook page for updates.

What: Miguel at The Island
Where: The Island, The Palace Manila, Uptown Bonifacio, Taguig
When: October 9, 2019, 6 p.m.
Website: The Island
Facebook: The Island PH
Tickets: Regular – Php 3,500

Image grabbed from The Palace Manila