Watch the Members of VAV LIVE in Manila This September

Rising South Korean boy group VAV is coming to the Philippines on September 7, 2019 at the Skydome, SM North Edsa.

Aside from seeing the boys perform live, fans will also have the opportunity to ask them questions in the Q&A segment—even get a photo and fansign from the members! 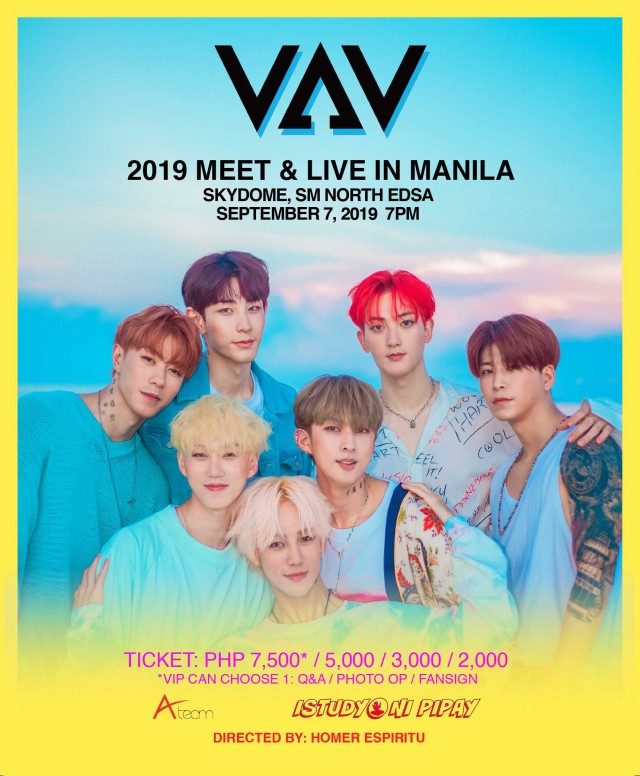 Fresh from their Latin, North American, and Indian tour, the group is composed of St. Van, Baron, Ace, Ayno, Jacob, Lou, and Ziu. They debuted in 2015 under A Team Entertainment with their mini-album titled Under the Moonlight.

VAV became even more recognized in the industry with the release of their 5th Digital Single Senorita, which is a Korean rendition of the Latin song by rapper Kay One.

They then released another Latin-inspired song entitled Give Me More, in collaboration with Puerto Rican Pop singer De La Ghetto (De la ghetto) and Grammy-winning production duo Play-N-Skillz. The song now has more than 15 million views on Youtube.

Fun fact: they shot the music video for this song in Bohol last June!

Tickets for their show, including meet and greet, are already on sale. The rates are as follows: 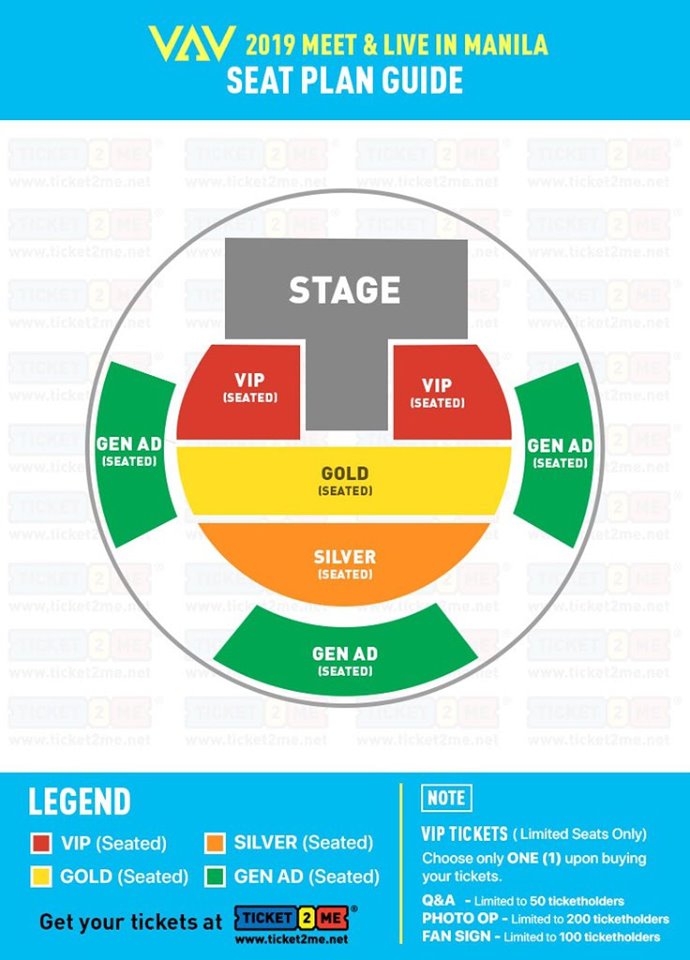 Buy your tickets now at Ticket2Me or SM Tickets!

VAV 2019 Meet and Live in Manila is co-presented by Istudyo Ni Pipay.