Get immersed in the legacy of Spain’s literary icon Miguel Hernández as Instituto Cervantes de Manila will run an exhibition titled “Miguel Hernández, a plena luz” from July 25 to September 16, 2019 in the heart of Intramuros, Manila. 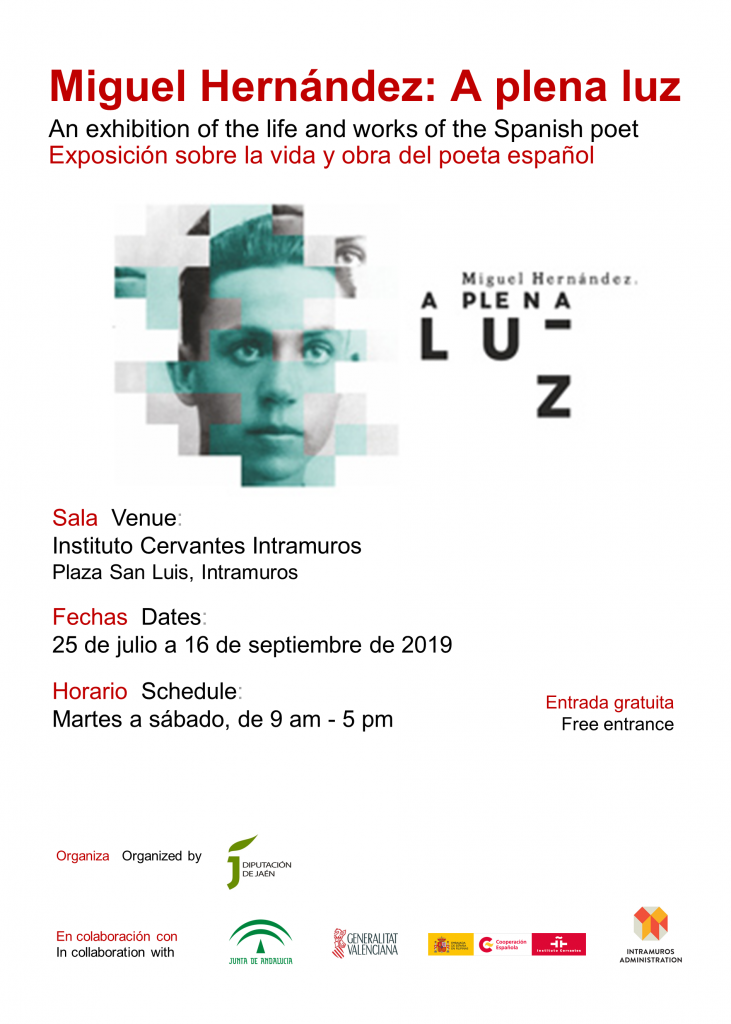 Organized by the Diputación de Jaén (Provincial Government of Jaén), in collaboration with the Junta de Andalucía, Centro de Estudios Andaluces, the Centro Andaluz de las Letras, the Generalitat Valenciana, and Instituto Cervantes, this exhibition is one of the projects established to commemorate the 75th death anniversary of Spanish poet and playwright Miguel Hernández, who hails from Orihuela, Alicante.

It aims to make people aware of the literary legacy of Hernández, which is treasured and safeguarded by the Diputación through the Instituto de Estudios Giennenses (IEG).

The exhibition “Miguel Hernandez, a plena luz” was inaugurated in Jaén in December 2017 through Juan José Téllez, the Director of the Centro Andaluz de las Letras. It then went on an international tour in 2018, taking the poet to three continents.

To this day, visitors are able to view the exhibit in Instituto Cervantes London, Manchester, New York, Chicago, and Dublin. Manila is the only Asian city included in the international tour, after which the exhibit will be heading Toulouse and Paris. 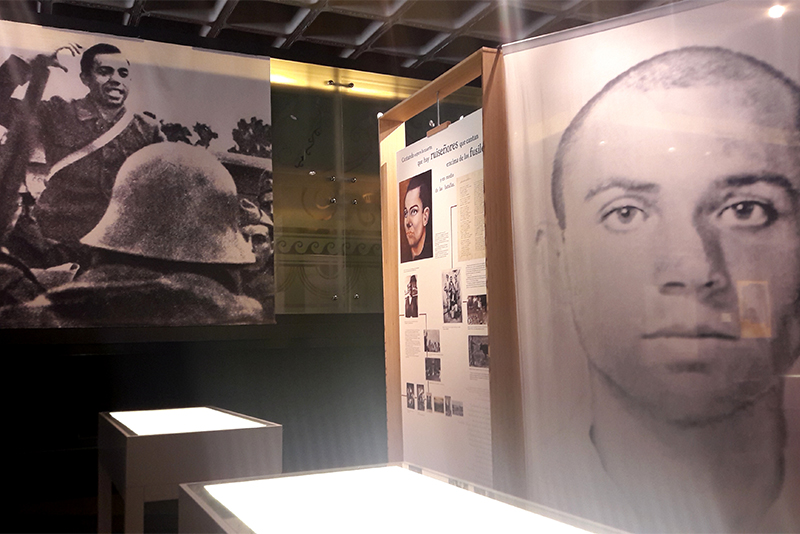 Considered as one of the most authentic figures of the 20th-century Spanish literature, Miguel Hernández’s literary beginnings were marked by religiosity, which was predominant during that period, and a self-taught literary education based on the classics of the Spanish Golden Age.

His book El rayo que no cesa (1936) made him famous in the poetry circles of Madrid, where he had decided to move in order to try his luck as a poet. During the time of the Civil War, he was still able to publish Viento del pueblo (1937) and El hombre acecha (1938).

After the war, he was arrested and imprisoned, where he died in subhuman conditions in 1942. 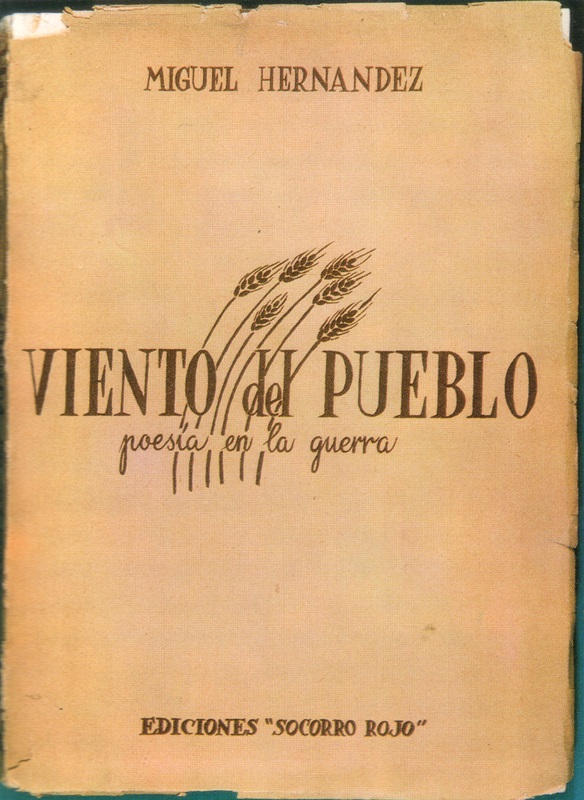 The cover of Hernández’s Viento del pueblo published in 1937

Centering on Miguel Hernández as an icon of poetry and enlightenment, the exhibition offers a glimpse of his life through photographs and interactive devices that display digital copies of his works and various documents.

There are also original pieces such as manuscripts, letters, book editions, photographs, and other personal objects from the legacy of Hernández, which were acquired by the Diputación de Jaén through the writer’s heirs. 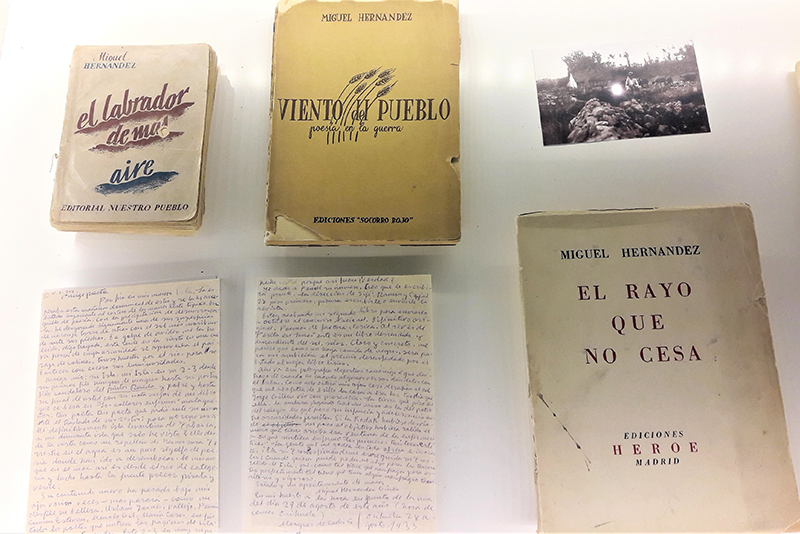 This is a press release. Minor edits were made prior to publishing.
Images courtesy of Instituto Cervantes