Bring Out the Child in You at the Madagascar: A Musical Adventure

It’s time to bring out the child in you because the hilarious animals of the hit animated movie Madagascar are coming to life on the theater stage! 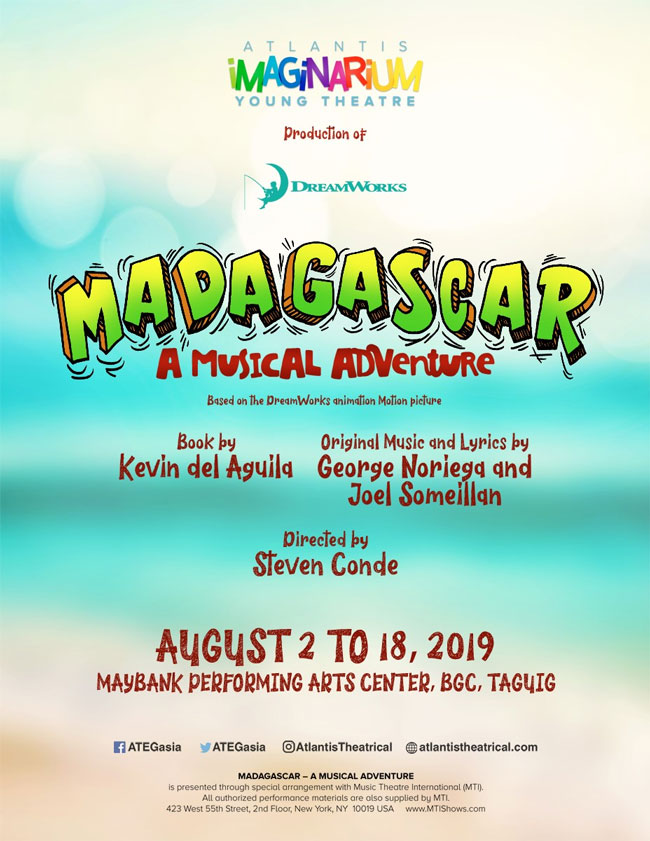 Presented by Atlantis Theatrical Entertainment Group, this musical based on the Dreamworks film of the same name follows four animal friends namely Alex the Lion, Marty the Zebra, Melman the Giraffe, and Gloria the Hippo—who unwittingly winded up in Madagascar after being shipped out from their home in Central Park Zoo.

The musical stars Markus Mann as Alex the Lion, Nelsito Gomez as Marty the Zebra, Sarah Facuri as Gloria the Hippo, and Altair Alonso as Melman the Giraffe. Joining them is George Schulze as King Julien.

It will be directed by Steven Conde, with the book made by Kevin del Aguila, and music and lyrics by George Noriega and Joel Someillan.

We are proud to announce MADAGASCAR: A MUSICAL ADVENTURE as our maiden production under Atlantis Imaginarium Young Theatre (AIYT). AIYT is our newest division catering to families and children of all ages. For more details, follow its facebook page or contact imaginarium@atlantistheatrical.com. #madagascarMNL #atlantisTWENTY

Join Alex and his gang as they embark on a fun adventure way back home in Madagascar: A Musical Adventure. 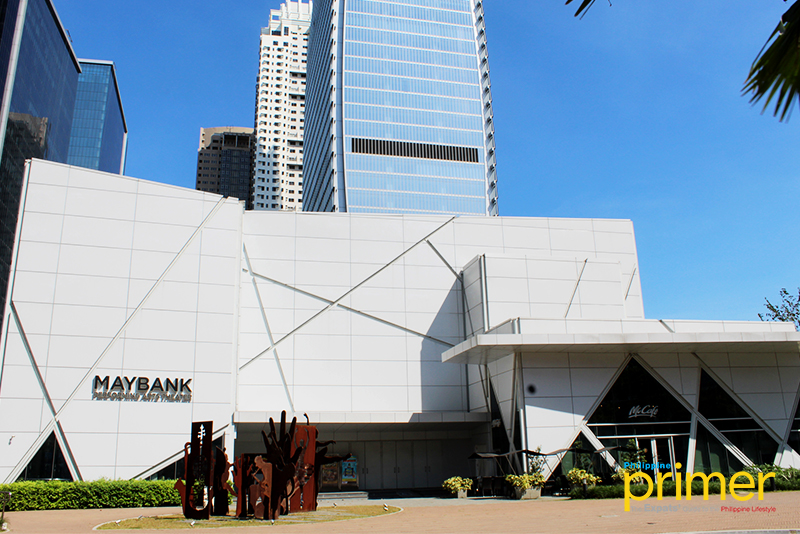 1 BGC Arts Center Season Pass gives you 8 days of entertainment this season and over Php 3,250 in savings! Inquire at the BGC Arts Center Box Office or email info@artsatbgc.org today!