After Bianca Del Rio’s sold out two-day show in March, another RuPaul’s Drag Race alumnus is set to take the stage this May! 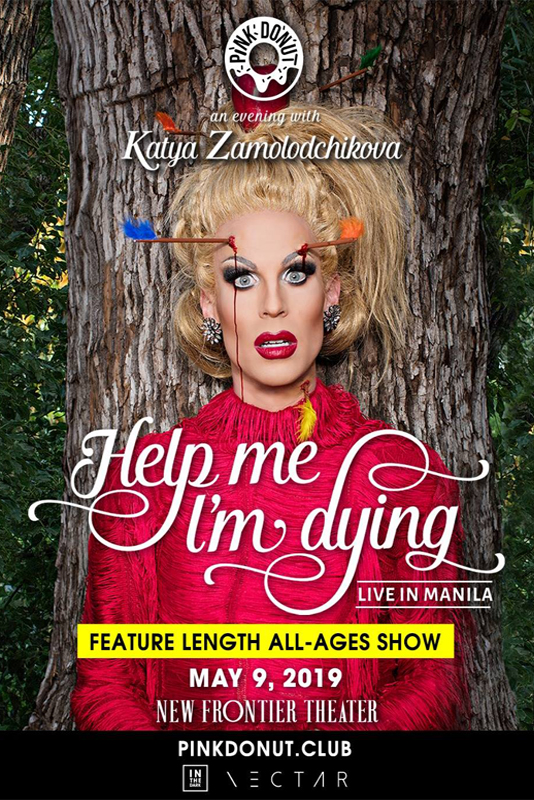 This feature-length performance features Brian McCook as his drag persona, the Russian-esque Katya Zamolodchikova or as most fans call her, Katya. The one-woman show began in March at Salk Lake City and is slated to be one of the largest drag shows in Asia. She’ll also be having a show in Singapore succeeding her performance in Manila.

She also appears in UNHhhh and The Trixie & Katya Show, web series produced by World of Wonder and Viceland, respectively where she co-hosts with fellow Drag Race alumni, Trixie Mattel. Katya also made an appearance as herself in Bianca Del Rio’s “Hurricane Bianca 2: From Russia with Hate” film that was released in 2018.

It’s also quite fun to know that Katya has her own Hot Topic Exclusive Funko Drag Queen Pop Figure that was released in 2018.

Давай Давай Давай!! These are so cute – available now at Hot Topics (and soon will ship from the interweb )

This is a night that you surely wouldn’t want to miss! Katya Zamolodchikova’s “Help Me I’m Dying” World Tour is on May 9, 2019, at the New Frontier Theater, Quezon City. Tickets are available at TicketNet and at all TicketNet outlets.