Witness REP PH’s The Dresser Opening this May 10

In a drama that accentuates humanity at its most vulnerable state, Repertory Philippines’ The Dresser is a retelling of the 1980 West End and Broadway play by Ronald Harwood of the same name. The show is set to open on May 10, 2019, at Greenbelt 1’s OnStage Theater. 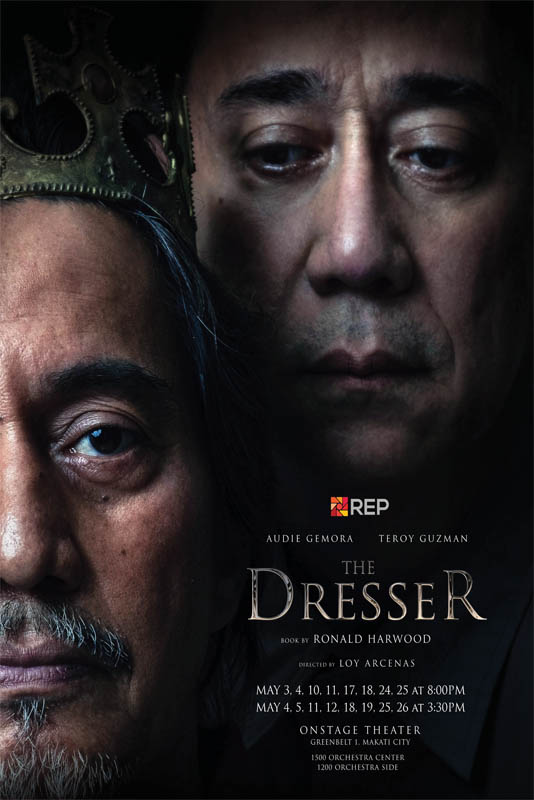 The play first opened in the West End in 1980 at the Royal Exchange Theater in Manchester before being transferred to the Queen’s Theatre in London. A year later, in 1981, the play had their Broadway opening at the Brooks Atkinson Theater. A film adapted from the play’s screenplay was released in 1983 and was later adapted by BBC in 2015.

The Dresser follows the story of a touring company in the midst of war as they prepare for a production of William Shakespeare’s King Lear.

Sir, a distressed but gifted thespian, arrives on the set in a delusional state. His loyal dresser, Norman, is determined to ensure that the show goes on – despite the disapproval of the company who have had enough of Sir’s erratic behavior.

As audiences begin to fill the theater and an air-raid commences, Sir steps on the stage as Lear as the company hopes for the best. 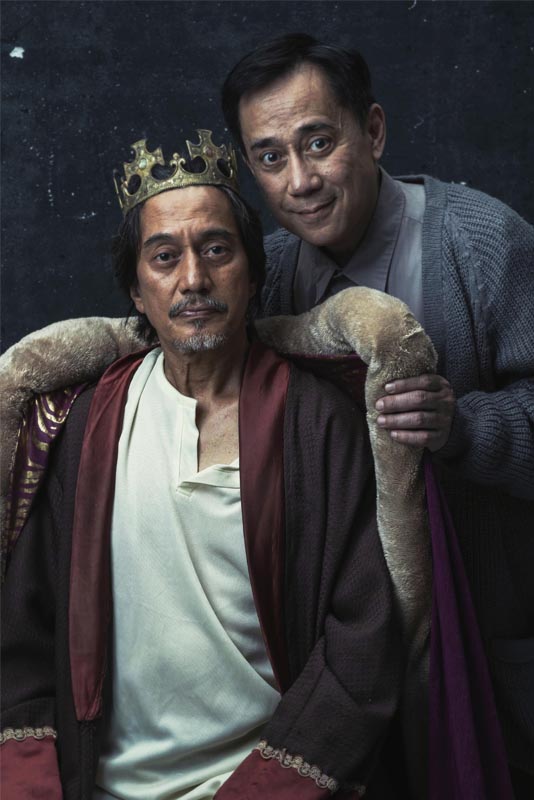 The Dresser gives us a heart-rending look at age, companionship and how art persevers in a time of war – the production accentuates humanity at its most vulnerable.

Repertory Philippines’ The Dresser is directed by Loy Arcenas with the Book by Ronald Harwood. The play is the third production in REP’s 2019 season.