Catch Jonathan Roxmouth’s The Musicals in Concert this April 13!

While everyone is anticipating the return of The Phantom of The Opera, one of the theater’s favorite leading men comes to Manila with another amazing surprise!

Jonathan Roxmouth, who plays the titular character in The Phantom of The Opera, is set to take the stage in The Musicals in Concert on April 13, 2019, at The Theater at Solaire, Parañaque City. There will be two shows on the said date that is guaranteed to capture the hearts of theater fans. 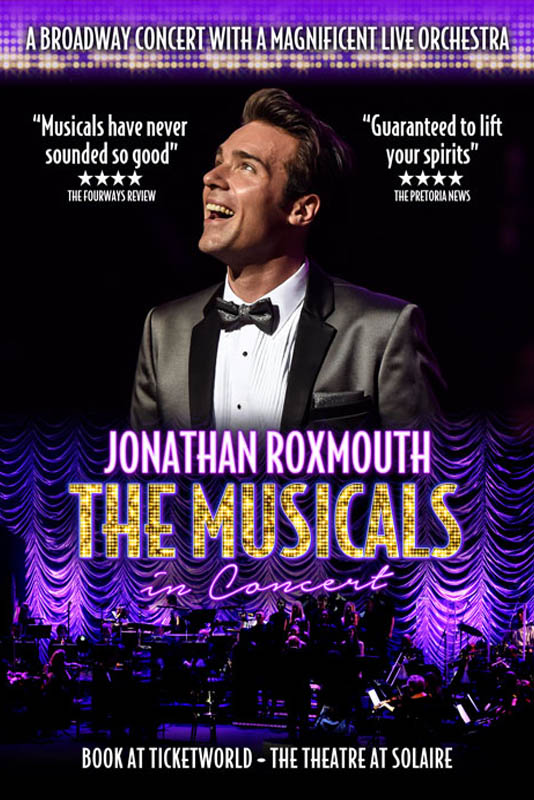 Jonathan Roxmouth holds the title of being the youngest English-speaking Phantom when he first played the role in the Far East tour that ran in Manila in 2012. Jonathan previously played roles in Chicago, West Side Story, Sunset Boulevard and The King and I. He will be reprising his role as Phantom in the tour’s Manila leg that opened last February 20.

Jonathan Roxmouth will be performing hits from popular musicals such as Cats, Les Miserables, West Side Story and of course, The Phantom of The Opera. He will be accompanied by a live orchestra as well as a few special guests.

Catch Jonathan Roxmouth perform the best of Broadway on April 13, 2019, at The Theater at Solaire. There will be a show at 3 p.m. and another at 8 p.m.

Tickets to Jonathan Roxmouth The Musicals in Concert are now on sale via Ticketworld.com.ph or call 891-9999.

What: Jonathan Roxmouth The Musicals in Concert
Where: The Theater at Solaire, Aseana Avenue Entertainment City, Parañaque City
When: April 13, 2019 | 3 pm & 8 pm
Tickets: