Women and War: An Exhibition on Filipina Survivors of World War II

Pay tribute to the remarkable life of Filipina survivors of the World War II as Filipinas Heritage Library presents Women and War, taking place on February 2 until March 3, 2019 at the Ayala Museum, Makati City. 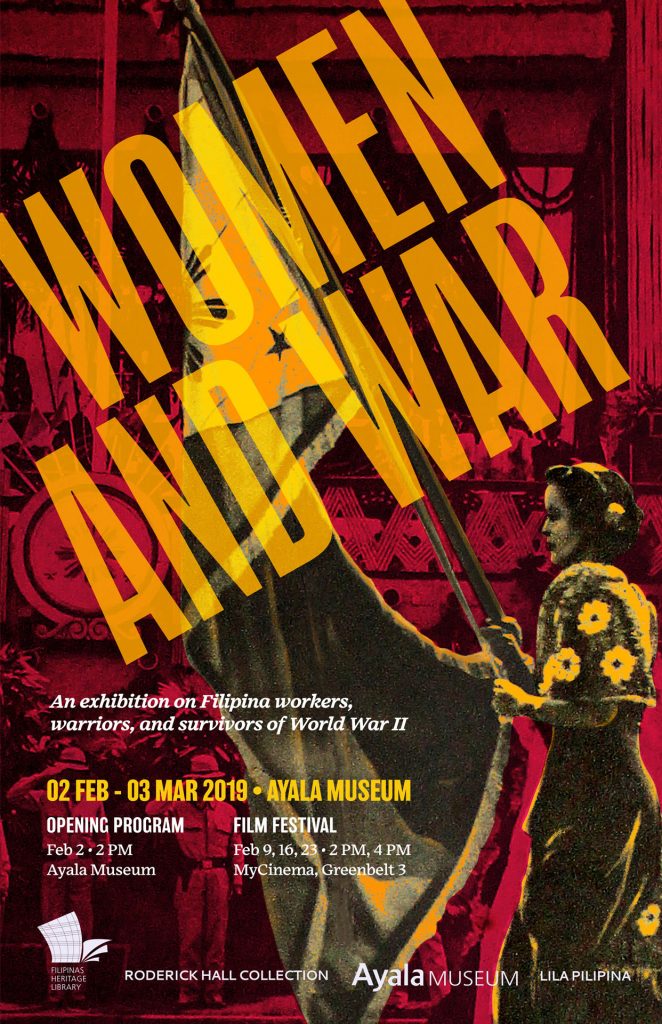 Be fascinated with the outstanding display of courage from Filipinas Heritage Library’s Roderick Hall Collection on World War II in the Philippines.

Said collection exposes the personal experiences of both civilian and military survivors of the Japanese occupation in the country and the second world war.

The month-long exhibit will also be held in conjunction with the 3rd World War II Film Festival: War and Women, happening on February 9, 16, and 23, at the Ayala MyCinema Greenbelt 3. 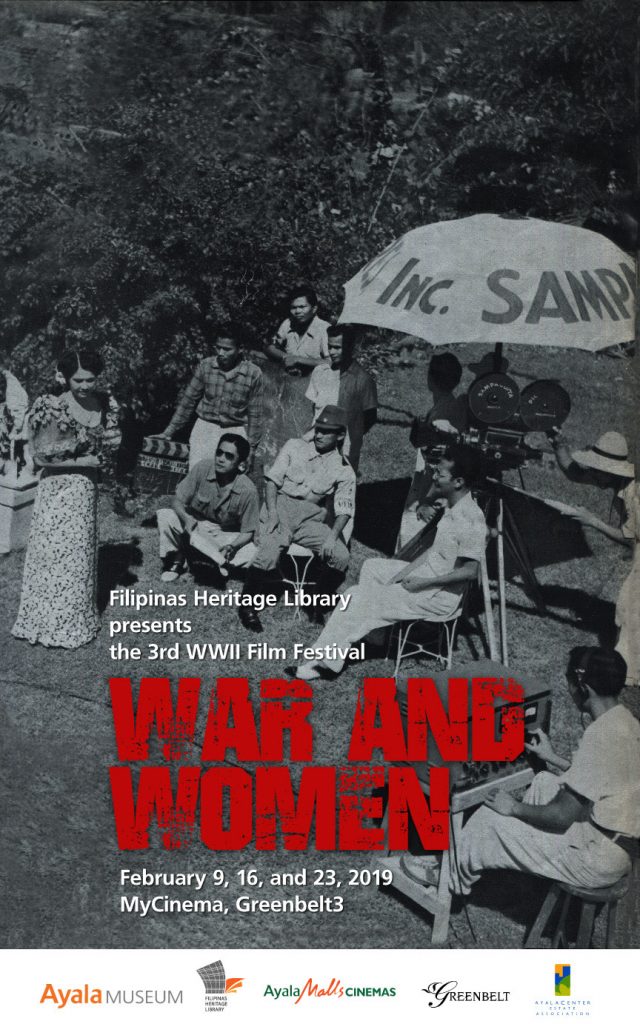 The film festival focuses on war and women, highlighting documentaries revolving on the important historical events during the Battle for Manila and World War II, movies of romance genre about Philippines and Japan, and biopics on women warriors of the country.

The exhibit’s opening program will be held on February 2 at 2 p.m., featuring guests from the Lila Pilipina group.

Visitors who wish to attend the opening program may RSVP online here.

For inquiries, you may contact Filipinas Heritage Library at 02-759-8281 or email them at asklibrarian@filipinaslibrary.org.ph.